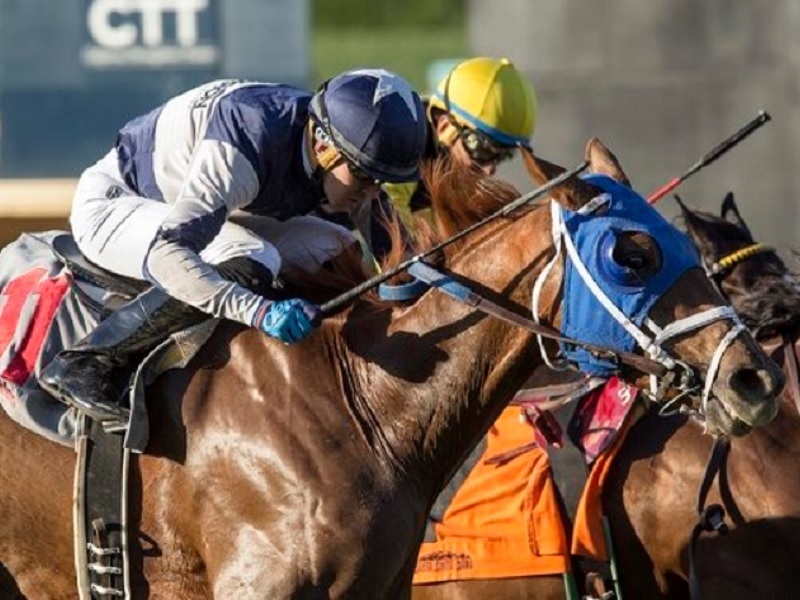 Breaking from the far outside in a field of 10 three year olds and up, Mr. Roary, a 4-year-old gelding by Scat Daddy, was last with five sixteenths of a mile to run when he began picking up tiring horses at the top of the stretch.

“I knew we were a longshot but he handled everything well,” said Conner, 23.  “I just ran relaxed and listened to what George asked me to do.  He’s a bit of a long striding horse, so I figured I’d just let him settle.  I was sitting behind the favorite (Om, at even money) most of the way and when I saw him angle out, I kind of jumped in.  The loose horse (Guns Loaded, who unseated Rafael Bejarano at the break) made things a little interesting but we got through and when he saw daylight, he kicked on.”

“He’s been running long all this time and the Eddie D. sounded good,” said Papaprodromou.  “Obviously, it worked out good and now I’ll talk to the owner and we’ll probably look at the (Grade I) Breeders’ Cup Mile next.  I liked this jock (Tyler Conner) from the first time he stopped by my barn.  He listens and he’s very professional.”

One of two California-breds in the field, Tribalist sat a restrained third past the half mile pole, took command a furlong out but couldn’t hold off the winner late.  Ridden by Victor Espinoza, Tribalist was off at 7-2 and paid $4.20 and $3.00 while finishing second, a half length in front of Om.

Ridden for the first time by Drayden Van Dyke, Om was never a factor for the win but kept to his task late and finished third, a half length in front of Forever Juanito and paid $2.60 to show.