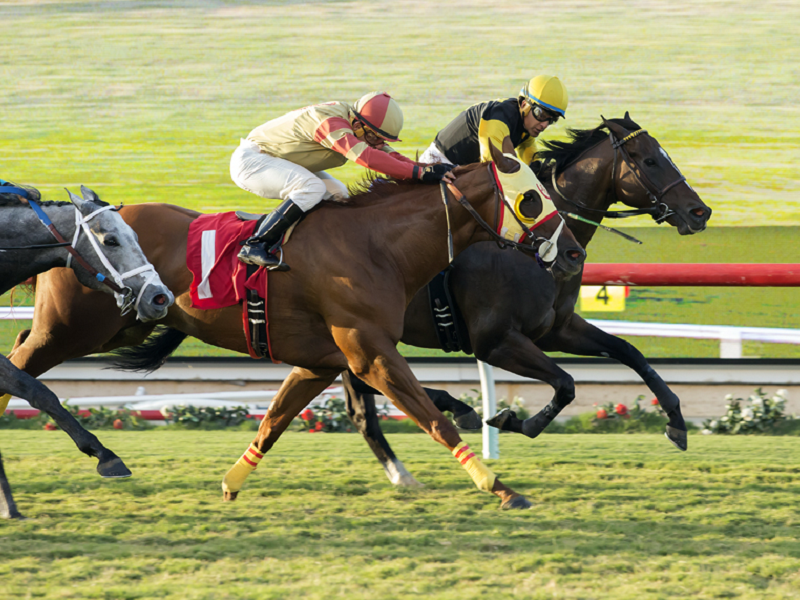 Returning to competition after more than a year on the sidelines, six-year-old Tribalist overcame traffic trouble to rally late in the stretch and win Friday’s featured $105,070 Green Flash Handicap for older turf sprinters at Del Mar.

Tribalist, running only his sixth race in a career interrupted by various physical infirmities, was shuffled back to last early in the five-furlong dash, found room to rally along the rail going to the far turn but then had to check in traffic under jockey Victor Espinoza.

Finally locating room in the final furlong, the gelding responded generously to overhaul the gritty 25-1 longshot Gutsy Ruler in the shadow of the wire to win by a head in :56.93 for the distance.

Gutsy Ruler, overlooked in the betting despite a triumph in his most recent race, August 6, was a half-length in front of 3-2 favored Richard’s Boy, with Jimmy Bouncer fourth in the field of eleven horses.

Tribalist, owned by Abrams, Dutko and Paran and trained by Blake Heap, was scoring his fourth consecutive win in his first outing since July 30 of last year at Del Mar. The son of Tribal Rule ran once as a two-year-old, twice as a three-year-old, breaking his maiden at Del Mar on July 27 of 2014; once again as a four-year-old, when he won, and, as aforementioned, once as a five-year-old, again scoring. His last three victories have been at five furlongs on the grass at Del Mar.

With first money of $61,800, Tribalist now has career earnings of $220,900. The Green Flash Handicap was his first success in a stakes race.

Jockey Rafael Bejarano and trainer Mike Machowsky teamed to win two races on the card – An Unusual Group at $8.40 in the third and Make It a Triple at $3.20 in the eighth. Also doubling Friday was jockey Drayden Van Dyke who captured the first and second races, on New Karma, at $16.80, and Morgan S., at $12.60, respectively.