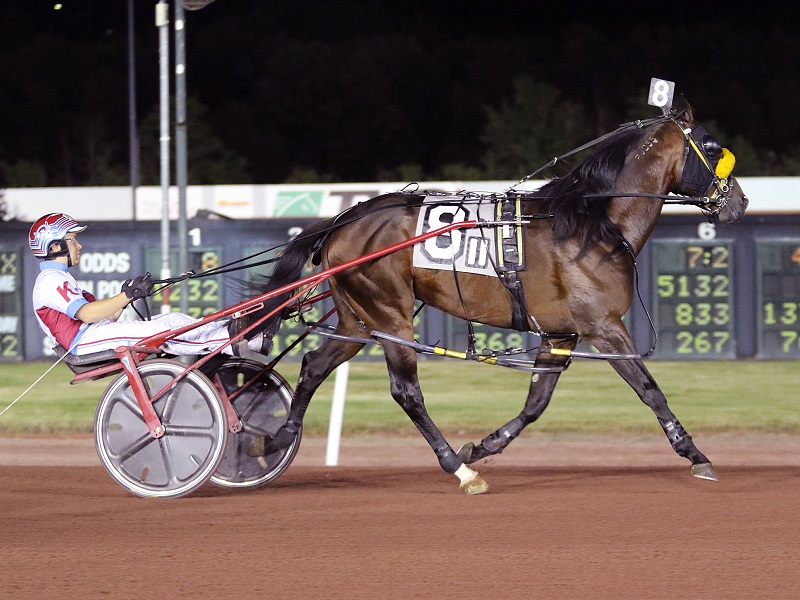 If that wasn’t enough, the Potomac will also bring together Mel Mara, Boston Red Rocks, Wakizashi Hanover, Dealt A Winner and Bit of a Legend N.

The Potomac boasts three of the top six aged earners this year and three of the first four finishers from last weekend’s Breeders Crown.

The track record of 1:48.2 – set in 2007 by Nuclear Breeze and equaled last year when All Bets Off edged Split The House by a nose– could be in jeopardy.

“It’s a speed-favoring track. You can be aggressive on that track,” Burke said.

“Last year the track was lightning fast,” said Rene Allard, trainer of last year’s fourth-place finisher Keystone Velocity, “and I expect it will be the same this year.”

Keystone Velocity drew the rail for Sunday’s race, inside All Bets Off. Breeders Crown Aged Pacer winner Split The House has the nine post.

The Potomac Pace was created just two years ago shortly after The Stronach Group, owners of Rosecroft, purchased the historic Standardbred track from Penn National Gaming.

“We’re extremely excited about Sunday’s second running of the Potomac Pace,” said Sal Sinatra, President and General Manager of the Maryland Jockey Club. “To have the field of pacers we have in this race, a race in only its second season, is truly remarkable. Obviously, this race couldn’t grow without the support of horsemen throughout North America and the great Standardbred breeders and owners in Maryland.

“We’re committed to showcasing the best of Standardbred and Thoroughbred racing in Maryland and we’re thrilled to showcase some of the greatest pacers in the sport here Sunday evening. Racing secretary Peter Hanley has done a great job putting this race together and we’re looking forward to another great evening at Rosecroft.”