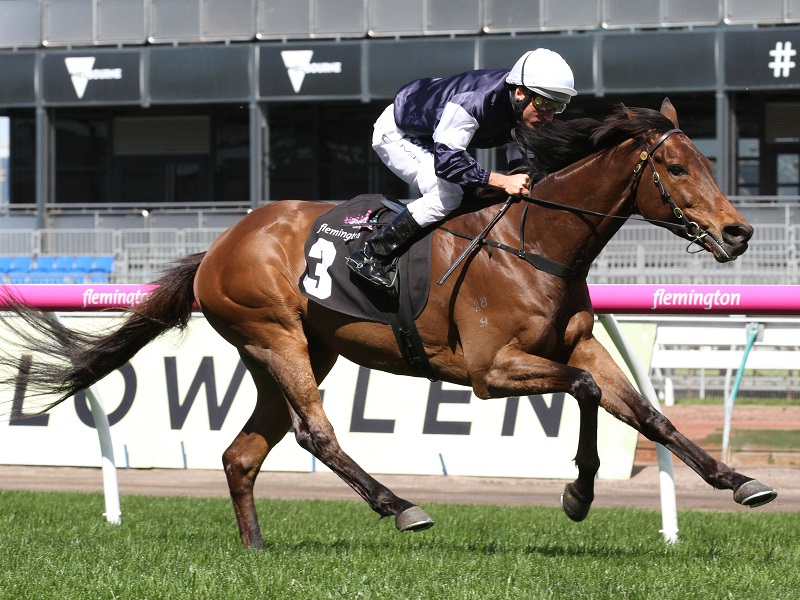 Almandin remains the favourite to defend his Melbourne Cup crown and give his owner Lloyd Williams a sixth win in the race he covets most.

Williams has six runners in the Cup at Flemington on Tuesday, three - Almandin, Bondi Beach and Gallante - trained by Robert Hickmott in Victoria.

Johannes Vermeer could give champion Irish trainer Aidan O'Brien his first Cup while Willams's other two - US Army Ranger and Rekindling are prepared by O'Brien's son Joseph.

Almandin is at $7 to win again from barrier three inside his 2016 barrier.

Marmelo, one of a record-equalling 11 European-trained runners, is the $8 second favourite and will be ridden by Hugh Bowman for Hughie Morrison from barrier 16.

"He can go to the front or he can sit back," Morrison said.

"I've been very happy with him the last few days and I think he will go well."

The Darren Weir-trained Humidor, runner-up to Winx in the Cox Plate after a luckless Caulfield Cup, is at $9 and will jump from gate 13.

"That's good. I think things can flow on well from there," Cummings said.

"He's freshened up well over the last few weeks."

Caulfield Cup winner Boom Time has barrier nine and is a $26 chance in a race which has traditionally been a guide to the Cup in the past while runner-up Single Gaze is at $34.

Canberra mare Single Gaze's strapper and companion, Billy Owen, drew barrier 11 and was pleased, but more importantly so was his jockey Kathy O'Hara who rode in Sydney on Saturday.

"I hadn't even got off the stage and Kathy texted me to thank me," Owen said.

The Gai Waterhouse-trained Cismontane earned his place with victory in the Lexus Stakes on Saturday and last season's champion apprentice Beau Mertens has gained the ride at 50kg.

New Zealand's hopes were dashed when the Murray Baker and Andrew Forsman-trained Jon Snow was ruled out because he was determined to be lame by Racing Victoria vets.