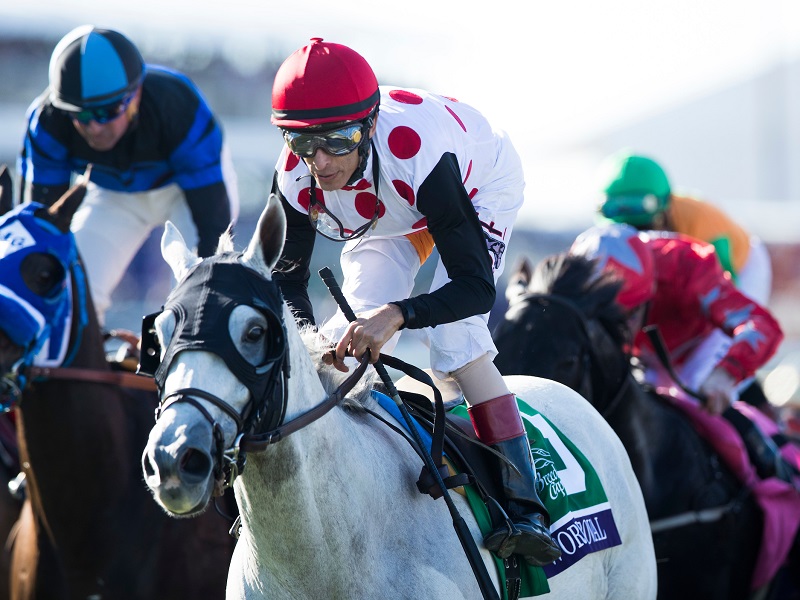 Winning trainer Mark Casse (World Approval) – “I was a little concerned early on because there was so much speed. But, this horse came into this race in just great order and he was ready. Norman (Casse, his son and assistant) and his team deserve so much credit for getting him to this point. This is quite a way to cap our last Breeders' Cup together (now that Norman is going out on his own). Maybe now we'll be running in Breeders' Cups against each other. And, it means so much to win this race for Mrs. (Charlotte) Weber. I am so proud to train horses for her and to win this race for her. This is all really very special.”

Winning jockey John Velazquez (World Approval) – “He was between horses and switched leads coming down the lane. He always had it for me. Horses like him make you look good. He’s been perfect for me.”

Second-place jockey Seamus Heffernan (Lancaster Bomber) – “I had a peach of a position throughout the race and they all knew I was there on the inside. He’s been running well all year. He loves the fast ground.”

Third-place trainer Mark Glatt (Blackjackcat) – “It looked like he had a great shot at the top of the lane. He made that big sweeping move, but was way wide. He had to be because he was wide most of the way coming from the 13 hole. If he’d been able to save some ground that would have helped. But, (jockey) Kent (Desormeaux) did the right thing by swinging him out and going around all of them and then setting him down for the big run.”

Third-place jockey Kent Desormeaux (Blackjackcat) – “What an explosive move he made at the three-eighths pole. He ran his eyeballs out.”

Fourth-place jockey Danny Tudhope (Suedois) – “I was very pleased with his run. We knew it would be a tough assignment and it was. But he gave me everything as usual.”

Fifth-place jockey William Buick (Ribchester) – “I was a little bit disappointed as he came off the bridle a little sooner than I would have expected him to, but he has had a long season.”