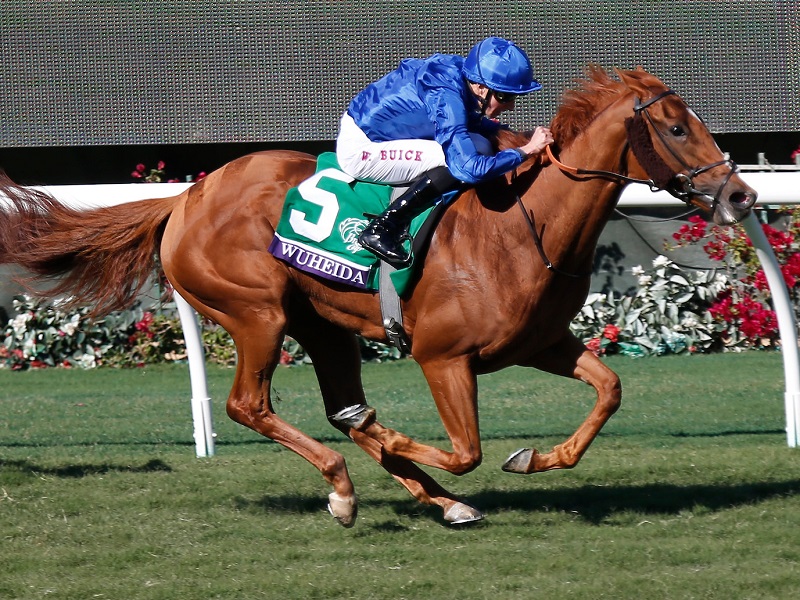 DEL MAR, Calif. (Nov. 4, 2017) – Godolphin Stable’s Wuheida ($24.40) took charge at the top of the stretch from Zipessa and held off a late bid from Rhododendron by a length to win the 19th running of the $2 million Breeders’ Cup Filly & Mare Turf (G1) Saturday afternoon at Del Mar racetrack.

Trained by Charlie Appleby and ridden by William Buick, Wuheida covered the 1 1/8 miles on a firm turf course in 1:47.91. Wuheida is a 3-year-old Great Britain-bred daughter of Dubawi who was getting her first victory of 2017 in five tries.

She was forced to miss a scheduled start in Keeneland’s Queen Elizabeth II Challenge Cup on Oct. 14 because of a minor hoof injury.

The victory was the first for Buick in a Breeders’ Cup race and the second for Appleby but first in this race.

Rhododendron finished three-quarters of a length in front of Cambodia, who finished third with favored Lady Eli finishing seventh.