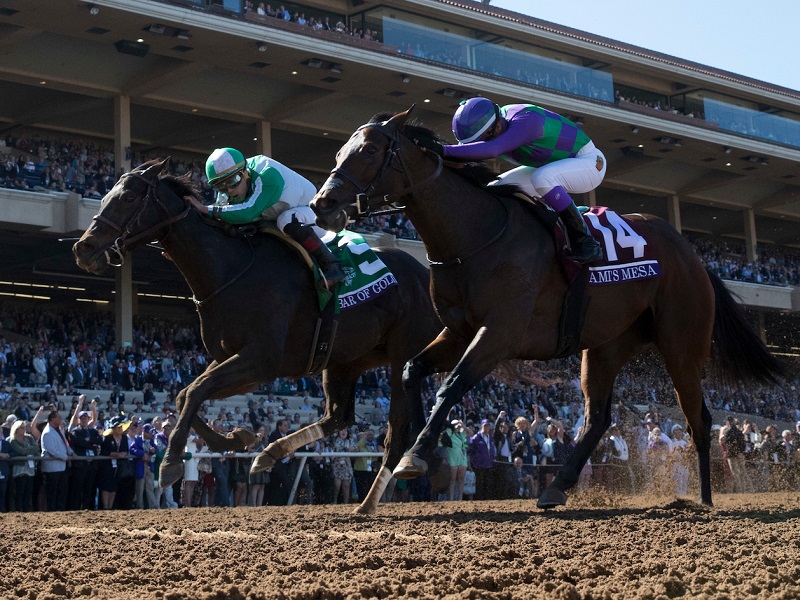 Trained by John Kimmel and ridden by Irad Ortiz Jr. Bar of Gold covered the seven furlongs on a fast main track in 1:22.63. Bar of Gold is a 5-year-old New York-bred daughter of Medaglia d’Oro.

The winning payoff was the largest in the history of the Filly & Mare Sprint. The victory was the first for Kimmel in the Breeders’ Cup and the third for Ortiz, his first in this race.

Racing next to last in the field of 14 down the backstretch, Ortiz had Bar of Gold next to the rail and began picking off horses before moving to the outside on the far turn where he found clear sailing to catch Ami’s Mesa at the wire.

Ami’s Mesa, who was making her 10th career start but first on dirt, finished a length ahead of Carina Mia while favored Unique Bella faded to seventh after setting the pace.