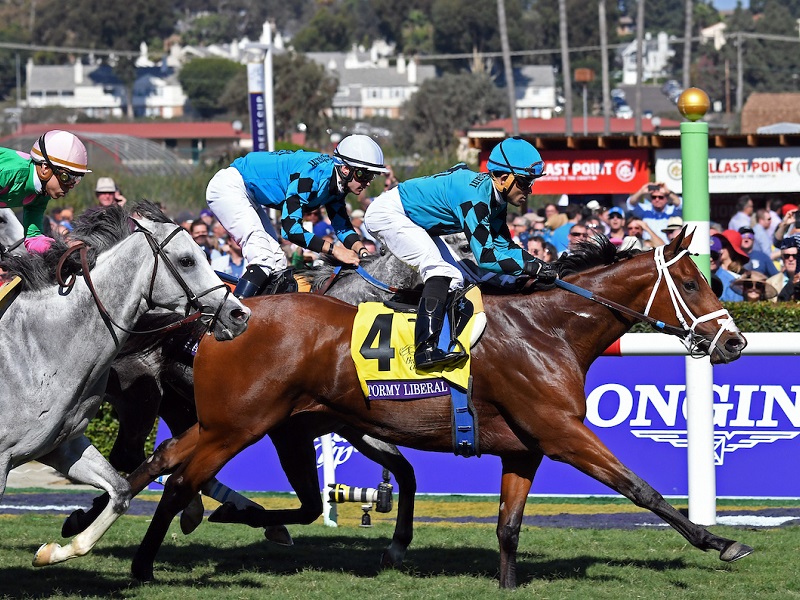 DEL MAR, Calif. (Nov. 4, 2017) – Rockingham Ranch’s Stormy Liberal wore down stablemate Richard’s Boy in the final 30 yards to win the 10th running of the $1 million Breeders’ Cup Turf Sprint (G1) for 3-year-olds and up by a half-length Saturday afternoon at Del Mar racetrack.

Trained by Peter Miller and ridden by Joel Rosario, Stormy Liberal covered the five furlongs on a firm turf course in :54.75. The winner is a 5-year-old Kentucky-bred son of Stormy Atlantic.

The victory was the first in the Breeders’ Cup for Miller. It was the sixth Breeders’ Cup victory for Rosario and second in the Turf Sprint. His previous victory in the came on Bobby’s Kitten in 2014 at Santa Anita.

Richard’s Boy finished a half-length in front of late-running Disco Partner for third. Favored Lady Aurelia was 10th in the field of 12.