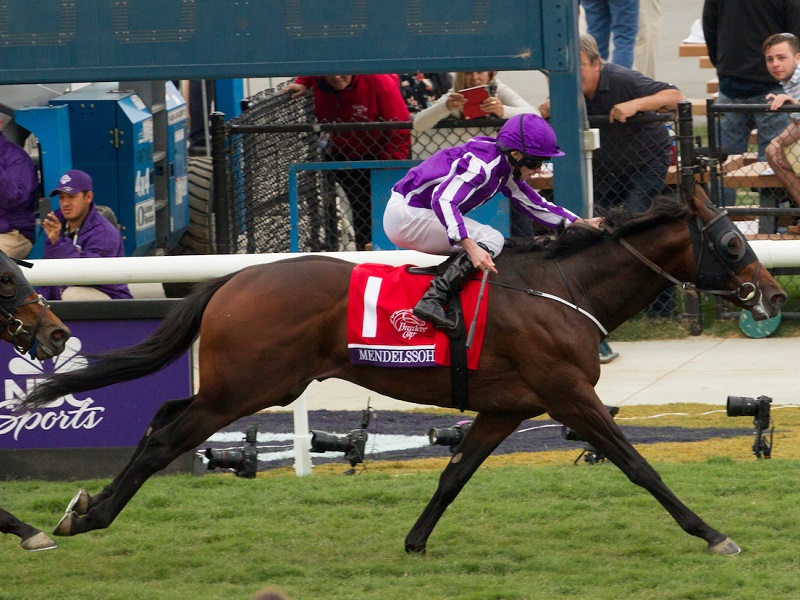 DEL MAR, Calif. (Nov. 3, 2017) – Derrick Smith. Mrs. John Magnier and Michael Tabor’s favored Mendelssohn ($11.60) swept past Sands of Mali at mid-stretch and then held off a late bid from Untamed Domain by a length to win the 11th running of the $1 million Breeders’ Cup Juvenile Turf (G1) for 2-year-olds Friday afternoon at Del Mar racetrack.

Trained by Aidan O’Brien and ridden by Ryan Moore, Mendelssohn covered the mile on a firm turf course in 1:35.97. Mendelssohn is a Kentucky-bred son of Scat Daddy and a half-brother to three-time Breeders’ Cup winner Beholder. It was the second victory in five starts for Mendelssohn.

The victory was the fourth in the race for O’Brien and Moore with previous triumphs coming with Wrote (2011), George Vancouver (2012) and Hit It a Bomb (2015). It was the 13th Breeders’ Cup victory for O’Brien and ninth for Moore.