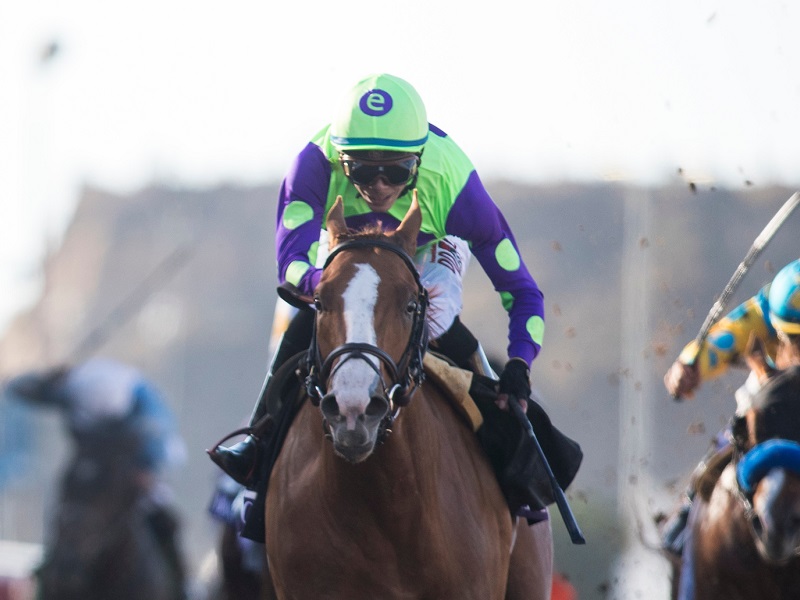 Winning trainer Chad Brown (Good Magic) - “I thought he was a winner every step of the way. I didn’t know who was coming behind him, but I loved the way he was traveling. We took a shot because he was a maiden, but he’s developing rapidly. I am so proud of this horse and proud of my staff. I feel so grateful that the two great owners who are partners in this horse gave me a chance with him. This is a shining example of the program Stonestreet has. He’s a homebred, then he was broke and trained on their farm in Ocala, and right on through to a Breeders’ Cup race. That’s doing it from start to finish. To allow me to be a part of their team now and train a horse like this is quite an honor. It sure is a thrill to have a really good 2-year-old in the barn. They’re so hard to find. This guy here is developing rapidly. He’s not a real big horse, but he’s growing. It was his first time around two turns, and he aced the test.”

Winning jockey Jose Ortiz (Good Magic) - “It went the way (trainer) Chad (Brown) drew it up for me. He said, ‘Break good and leave. When you make your move, be ready to be on the outside.’ Because he didn’t like the way the track was playing inside. I waited and went to the outside. I had the opportunity to go inside but I stuck with the plan to go outside.”

Second-place trainer Bob Baffert (Solomini) - “He ran good. He was on the pace and they went pretty fast. He hooked up there. He’s just learning how to run, so I was happy with his race. He’s a really nice 2-year-old.”

Third-place trainer Mick Ruis (Bolt d’Oro, beaten favorite) - “I guess he just wasn’t ready to run today. He never had a good position because he was so far outside. But, we don’t make any excuses. We just got beat by a better horse today.”

Third-place jockey Corey Nakatani (Bolt d’Oro, beaten favorite) - “We were a little bit wide but it’s horse racing and it is part of what is going to happen. I was trying to get tucked in but with all the traffic, he seemed to be spinning his wheels a little bit. The track also seemed a little cuppy. He ran good. He’s a 2-year-old and they are expected to run well every time.”

Trainer Aidan O’Brien (U S Navy Flag, 10th) - “He will be a fast horse next year. He is a sprinter and he didn’t get the trip today.”