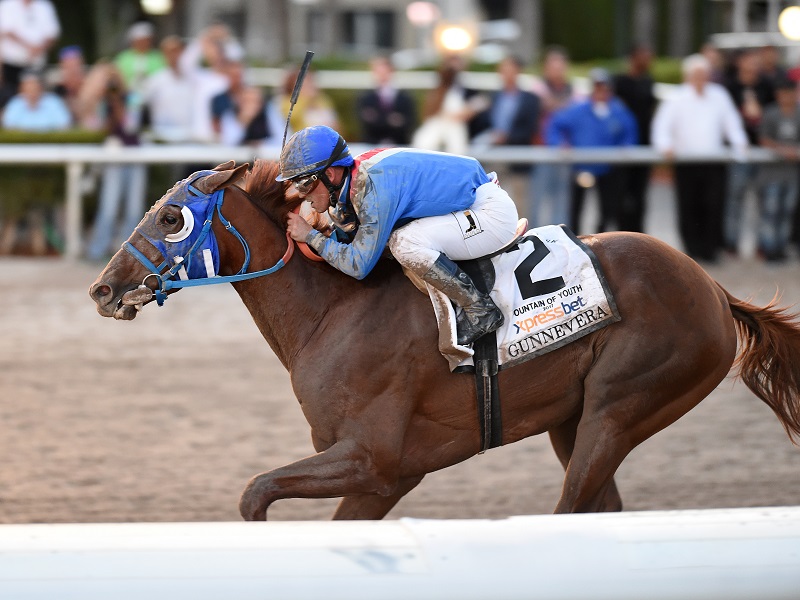 MIAMI GARDENS, FL – Gunnevera, who finished in a dead-heat for fifth in the $6 million Breeders’ Cup Classic (G1) at Del Mar last Saturday, is safe and sound in his stall at Gulfstream Park West after returning from Southern California Tuesday.

“We’ll give it a try. He was only beaten by six lengths [in the Classic],” said Sano, whose 3-year-old colt finished in a dead-heat for fifth in the Classic with Arrogate, the winner of the inaugural Pegasus World Cup Invitational.

“He’ll walk for a week before he goes back to the track,” said Sano, whose plans call for one prep race before the Pegasus World Cup.