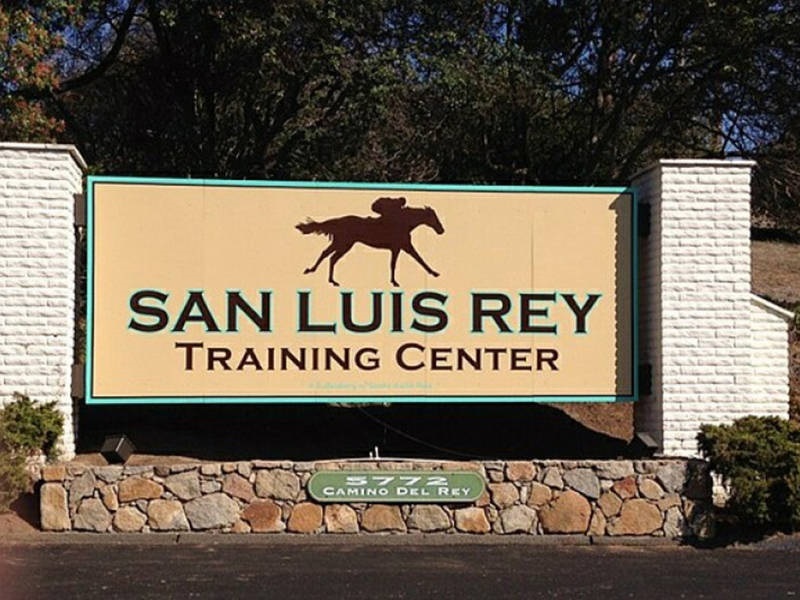 ARCADIA, Calif. (Dec. 8, 2017) — The Stronach Group (TSG), in conjunction with Santa Anita Park and The Del Mar Thoroughbred Club, has established a GoFundMe account page to help pay for hospital and rehabilitative costs incurred by those injured in yesterday’s devastating Lilac Fire, which engulfed San Luis Rey Downs Training Center in northern San Diego County. Additionally, Santa Anita is now in the process of collecting clothing items for the dozens of stable workers who were forced to flee yesterday’s flames.

The fire, fueled by fierce Santa Ana winds, was first reported at approximately 11:30 a.m. PT near Interstate 15 and state Route 76, to the east of San Luis Rey Downs. The resulting conflagration at the training center, which housed nearly 500 Thoroughbreds, has resulted in numerous injuries, equine and human, as well as an undetermined number of equine deaths.

Due to the heroic efforts of workers and first responders, all remaining horses have now been evacuated from San Luis Rey Downs, with the majority now stabled at Del Mar, which is 35 miles to the south.

Clothing items, as well as bedding and blankets for displaced workers, can be left at Santa Anita’s Association Gate, accessible via Gate 8 off of Baldwin Ave.

For those wishing to donate to TSG’s GoFundMe account to benefit those impacted by yesterday’s fire at San Luis Rey Downs Training Center, please visit santaanita.com and click on the pop-up or visit the donation site at https://www.gofundme.com/thoroughbredcare.