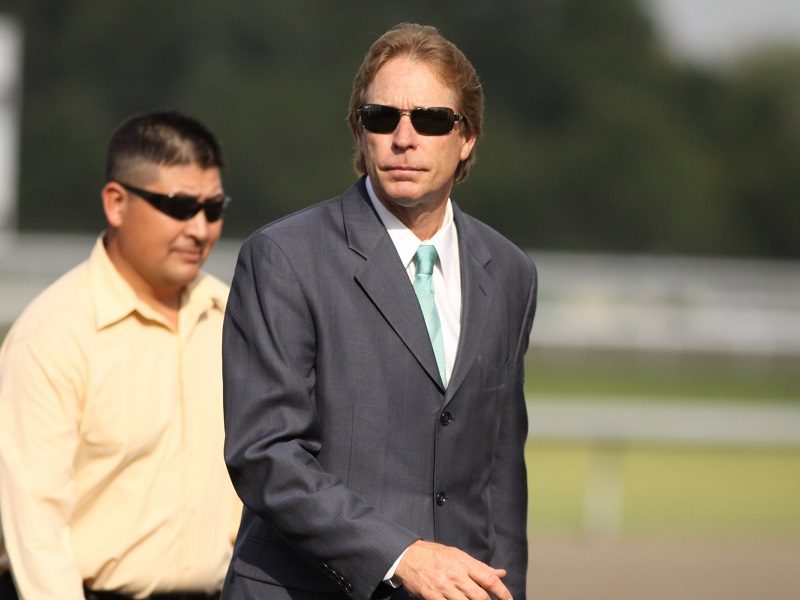 HALLANDALE BEACH, FL - Breeders’ Cup Distaff winner Forever Unbridled and her Grade 1-winning stablemate Seeking the Soul are being prepared to run in Gulfstream Park’s $16 million Pegasus World Cup on Jan. 27, though there has been no final determination as to which will actually run in horse racing’s most lucrative race, said trainer Dallas Stewart.

Stewart, who is stabled for the winter in New Orleans, said it’s possible both horses will run, with each Pegasus starter requiring a $1 million buy-in.

“I think one will be a definite, which one I don’t know yet,” he said. “I don’t know if it will be two; I’m thinking one. But plans could change. They’re both training up to the race. We’re going to have to have a thought process about it to see if it works to have two.”

Forever Unbridled, three for three this year and who almost assuredly locked up the Eclipse Award as champion older filly or mare with her Distaff triumph at Del Mar, could have her first work since the Breeders’ Cup later this week.

“She’s doing well. We just gave her a little bit of time after the race, just jogged her a little bit,” Stewart said. “But she’s back to full galloping. She’s healthy, looks good and I’m very happy.”

Seeking the Soul won Churchill Downs’ Grade 1 Clark Handicap on Nov. 24 for his first stakes victory. Both horses are owned by breeder Charles Fipke, with Hall of Famer John Velazquez their most recent rider.

“They’re both such nice horses, very accomplished,” Stewart said. “Seeking the Soul is just coming into his own. He’s a very tough horse. She’s just been great all year. You can’t really compare them, but you can enjoy both of them, for sure.”

The trainer acknowledged it’s appealing to see how the standout mare, now 5, matches up with the best dirt horses in the world, such as Breeders’ Cup Classic winner Gun Runner.

“Also, it’s a big purse. We know that she’s very good,” he said. “You have to see…throw everything on the table and see how you match up, see what it’s going to cost you to run. These big races, they do cost you to run; you don’t get to run for free. A lot of things have to add up.”