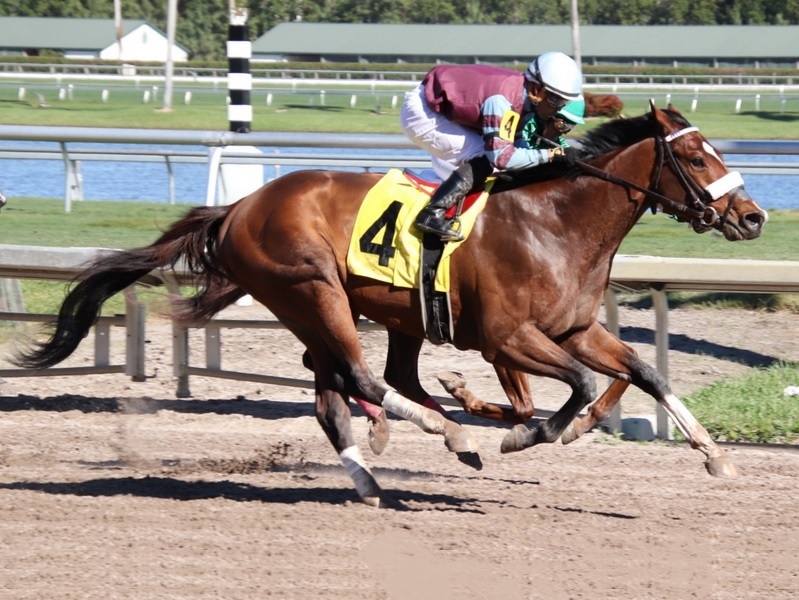 The Nick Zito-trained 3-year-old colt’s six most recent starts had come in graded stakes, including a third-place finish in the Pennsylvania Derby (G1) and second-place finishes in the Jim Dandy (G2) and Woody Stephens (G2).

Following Giuseppe the Great’s workmanlike triumph as the 1-5 favorite in a field of six in the 1 1/16-mile allowance, Zito said Mossarosa’s Nina Moss would likely entertain a deal with a stakeholder for the $16 million Pegasus World Cup Invitational (G1) to run the son of Lookin At Lucky in the world’s richest race at Gulfstream Jan. 27.

Giuseppe the Great rated off the pace set by Flemish Cap and pressed by Red Crescent along the backstretch and into the far turn before being asked for his run by jockey Luis Saez on the turn into the stretch. The long-striding colt drew up alongside Red Crescent, who had taken over the lead on the turn, and gradually got the job done to win his first race since breaking his maiden at Keeneland April 8.

The ever-superstitious Zito confessed to being a little uneasy about saddling such a prohibitive favorite.

“That’s why I went to the grandstand to watch, all the way down [to the top of the stretch]. You know why? That’s where the exit is,” said Zito.

Zito didn’t mind making the long walk back to the winner’s circle to celebrate Giuseppe the Great’s popular victory, achieved in 1:45.69 for the 1 1/16 miles.