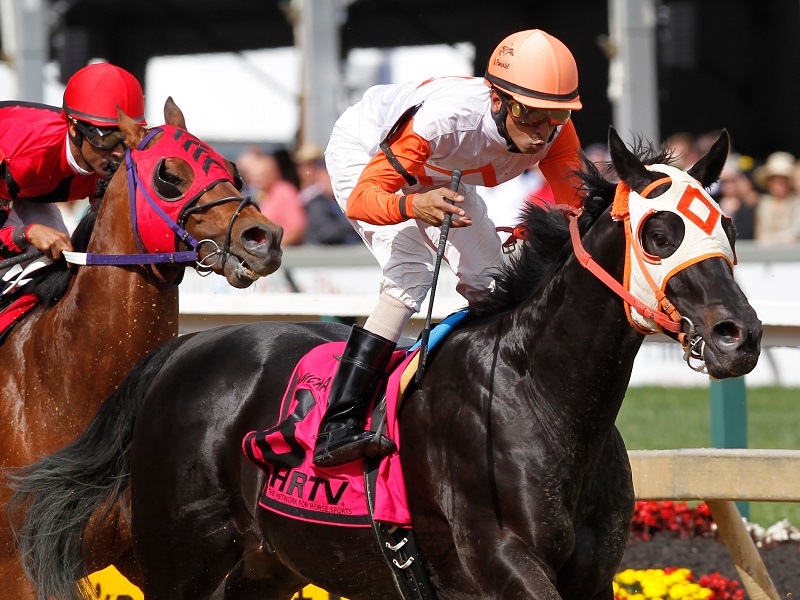 LAUREL, MD – Well into his lengthy career, one that lasted to the age of 11 and included 32 wins, 26 stakes wins and more than $2.6 million in earnings from 63 starts, Ben’s Cat became known as ‘The People’s Horse.’

Bred, owned and trained by Hall of Fame horseman King Leatherbury, he earned the name because of his humble beginnings – a gelded son of Parker’s Storm Cat out of the Thirty Eight Paces mare Twofox – his success, consistency and especially his amazing durability.

Given a chance to honor Ben’s Cat, immensely popular throughout his career and mourned following his untimely death in July due to complications from colic surgery, the people spoke up.

Earlier this week, Ben’s Cat was named the 2017 winner of the Vox Populi Award, an award created in 2010 by Penny Chenery, the late owner of Hall of Famer Secretariat, to “recognize the racehorse whose popularity and racing excellence best resounded with the public and gained recognition for the sport in the past year.”

Vox Populi is Latin for ‘Voice of the People.’ Racing fans overwhelmingly chose Ben’s Cat in on-line voting over fellow candidates Arrogate, the all-time North American purse earner; Gun Runner, expected to be named 2017 Horse of the Year during next month’s Eclipse Awards at Gulfstream Park; Lady Eli, who overcame laminitis to add to her multiple Grade 1 stakes-winning resume; one-eyed Patch and Songbird.

“This is a very unexpected thing. I had never even gave it a thought. I wasn’t too much aware of the award, and then to be nominated was an honor,” Leatherbury said. “To win it is a really special honor. It’s a very unique award.”

Ben’s Cat had his ashes buried next to the historic paddock at Laurel Park during a well-attended day celebrating his life and legacy Nov. 11.

“I knew he was popular, but I didn’t realize it was all across the country to get that kind of recognition,” Leatherbury said. “Everybody misses him tremendously. He was an amazing thing.”