Thunder Snow is Back Thursday in Dubai; Free Expert Picks 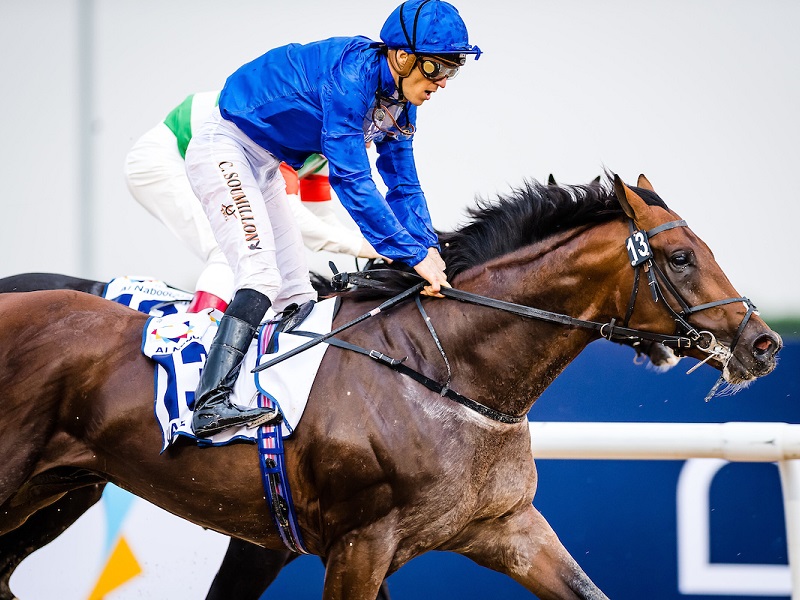 It’s the highlight of the racing calendar; where top class dirt racing meets top class turf racing in the magnificent setting of Meydan. Yes, it’s Dubai International Carnival time and I have four selections lined up for you. Round 1 of the Al Maktoum Challenge on dirt is the feature event on a superb card that also features the Singspiel Stakes on turf. The royal blue of Godolphin is well represented in the latter race and that looks set to be a theme in these early weeks of the Carnival, as does the very strong local challenge particularly when it comes to racing on the dirt.

Ertijaal has a tremendous course record here and this trip of five furlongs is his optimum. Indeed he is the course record holder. He has won this race for the past two years and despite having to give 11lb and upwards to his rivals he will surely prove too speedy for them all. When he won this race last year he was also giving weight away and was a cosy winner. I expect him to jump and run and add to his already impressive course performances.

Godolphin should win this race, it’s just a question of with which horse. They have four representatives and I believe Benbatl to be the strongest. He has not had the right trip and ground combination since winning the 10-furlong Hampton Court Stakes at Royal Ascot. That day, on fast ground, he posted a very good speed figure which twice since on very soft ground and over 1m4f and a mile he has not been able to replicate. Now back at 10 furlongs and on good ground he looks ready to bounce back. Stall five of 14 is a good enough draw and he rates as a solid bet.

This is the best renewal of Round 1 of the Maktoum Challenge that we have seen for a number of years. The UAE Derby winner Thunder Snow will be all the rage, but he has his quirks and as ever there will be no hiding place here on the dirt. With plenty of pace signed on he will have to go through the pain barrier again and it’s hard to know whether he will fancy doing that again. There are no such worries with the tough hardened dirt performer Heavy Metal. He is well drawn in stall 2 to attack and looks sure to be able to grab the rail. He will face pace pressure to his outside from Cosmo Charlie and North America but he is versatile and tractable enough to drop in and angle off the rail. Heavy Metal has the benefit of recent run in which he recorded an impressive win in Listed company. In a superb renewal he warrants small punt.

Andrea Atzeni takes the ride on this unexposed type for Charlie Appleby. Rated 98 he could be very well treated. He won over this trip at Goodwood last summer and then paid for making a quick mid race move when fourth in a Listed race at the same track. Walton Street is a nicely bred son of Cape Cross who promises to improve here in Dubai. He is also quite well drawn in stall 6 which is important here on the turf as low draws are best.