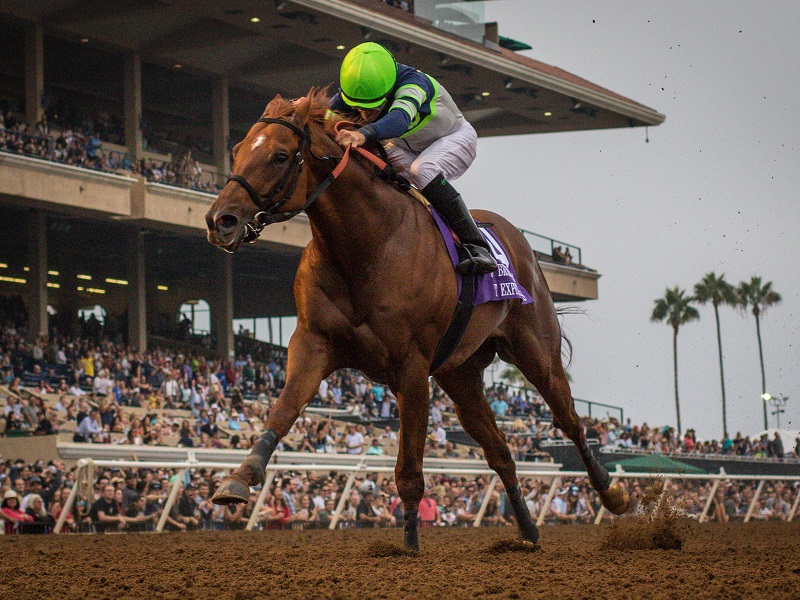 The Peter Eurton-trained 5-year-old covered the five furlongs in 58.80 seconds under exercise rider Jose Aragon, registering the fastest of 64 clockings at the distance.

“We were pretty pleased with it. We’re happy with his energy. All systems go so far,” Eurton said by phone from Santa Anita. “He worked by himself. There were some horses working in front of him that he ended up catching up with.”

It was the first recorded workout for the son of Frost Giant since his stunning 3 ¼-length front-running victory in the San Antonio (G2) at Santa Anita Dec. 26. Pegasus World Cup contender Collected finished third, a neck behind Accelerate, in the San Antonio.

Giant Expectations, who is owned by Exline-Border Racing, Gatto Racing and Garrett Zubok, is scheduled to remain at Santa Anita for his final Pegasus workout next Friday before shipping to South Florida Wednesday, Jan. 24.