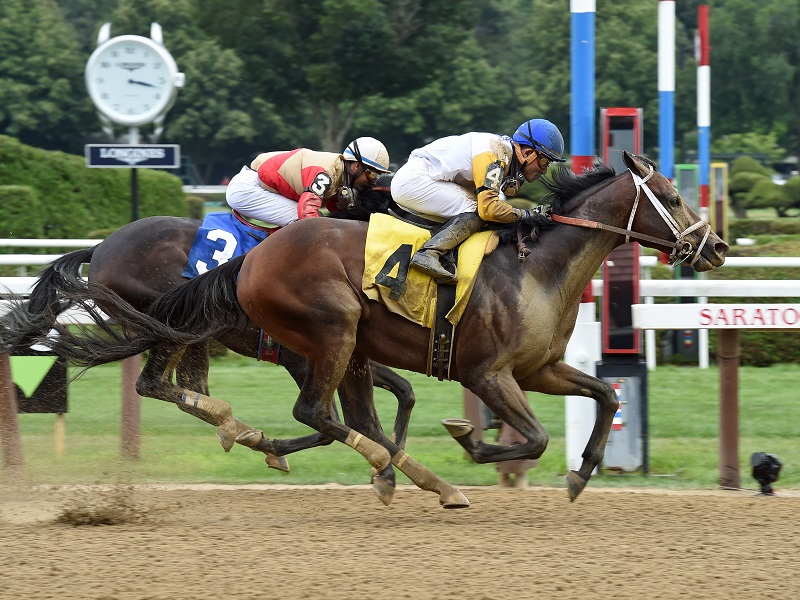 The time matched the ninth-fastest for 81 works at the distance.

“It was the last work before the big race, so he did a nice sharp work,” trainer Dallas Stewart said. “Came back in good shape. Looks good, and we’re very happy.”

Stewart said Charles Fipke’s 5-year-old horse is doing “about the same” as heading into the Clark, which is a good thing.

“He was real sharp for the Clark, eating well and looking good,” he said. “I think we’re in the same path right now.”

Though he had been third in a trio of stakes, the Clark was Seeking the Soul’s first stakes win and came on the heels of a nine-length allowance victory at Keeneland. That was the first time the horse had won consecutive starts.

Stewart acknowledges that Seeking the Soul will have to step forward “a lot” to beat Gun Runner, the Breeders’ Cup Classic (G1) winner who is the prohibitive favorite to be voted Horse of the Year on Thursday. “Gun Runner is a great horse,” he said. “But now is the time to take a shot.

“It looks like there will be a lot of speed,” Stewart added. “We’ll be very tactical and hopefully can come get them the last eighth of a mile. He’s a real tough horse. He’s gotten better with age. We always felt like he was talented. He’s gotten better, stronger and putting it together, knowing how to win. That’s what matters: He knows how to win now.”

Seeking the Soul will have a walk day Monday before resuming training Tuesday. He is scheduled to fly on a Tex Sutton equine charter from New Orleans to Fort Lauderdale on Wednesday.

Hall of Fame jockey John Velazquez, Seeking the Soul’s rider in the Clark, has the mount in the world’s richest horse race.