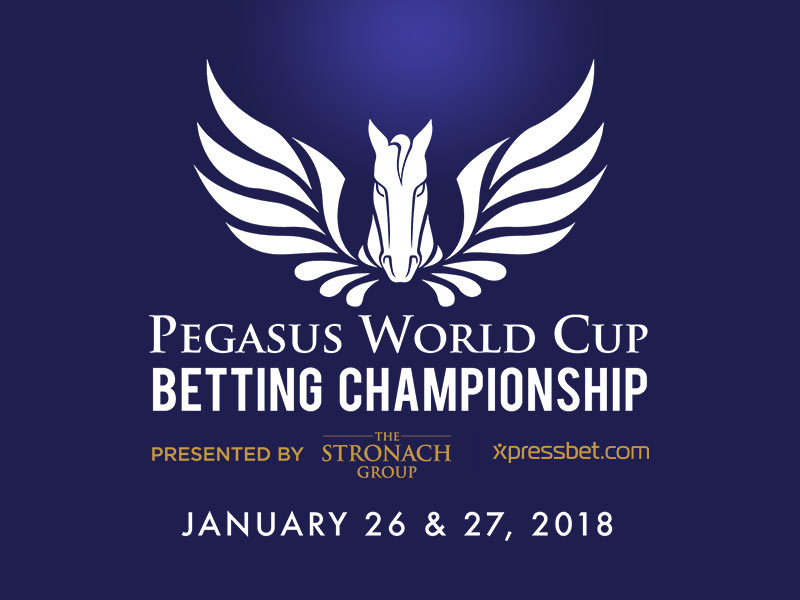 Olczyk, an avid horseplayer, will be playing in the PWCBC online at Xpressbet.com and is eager to take on all challengers in horse racing’s ‘most player-friendly handicapping tournament,’ which features a $500,000 Estimated Prize Pool and a $300,000 Guaranteed Pool.  The tournament is the showcase handicapping event of the world’s richest horse race, the $16 Million Pegasus World Cup, contested January 27 at Miami’s Gulfstream Park.

“The Pegasus World Cup Betting Championship is a unique, high-stakes tournament that brings together top horseplayers from around the world, and I’m honored and excited to participate,” said Olczyk.  “And even though the field is loaded with exceptional handicappers, I’m committed to shooting for the moon and I have my sights set on finishing at the top of the leaderboard.”

Olczyk will join dozens of other players who are participating in the PWCBC from ‘satellite’ locations away from Gulfstream Park.  ‘Edzo’ will be part of a contingent playing online with Xpressbet, while others have signed up to compete at Santa Anita Park (Los Angeles), Golden Gate Fields (San Francisco) and Laurel Park (Baltimore/Washington DC).

“Unfortunately, due to my treatments, I won’t be able to attend the Pegasus World Cup in person.  I’m very thankful for the opportunity to play online with Xpressbet, and I’m excited to finish chemotherapy in the near future and rejoin my NBC Horse Racing colleagues at the Kentucky Derby, Preakness and Belmont,” Olczyk remarked.

He added, “The Pegasus World Cup is a remarkable event and I’d like to commend Mr. Stronach and Belinda Stronach for undertaking this incredible initiative and making the Pegasus a destination race for the world’s premier horses.  Last year’s inaugural Pegasus World Cup was one of the highlights of my broadcasting career, and I’m excited to be back for the 2019 renewal.”

Olczyk is no stranger to prestigious, big-money handicapping tournaments, having participated in the Breeders’ Cup Betting Challenge (BCBC) in 2016 and 2017.

“In 2016, I had a great run in the BCBC but came up just short at the end.  In 2017, I feel like I handicapped the races correctly but just didn’t quite get the results I needed.  I picked the Exacta in the Breeders’ Cup Classic (Gun Runner over Collected), but unfortunately two of my key longshots that weekend, Battle of Midway (14/1) and Stormy Liberal (30/1), actually won their races while I had primarily bet them to finish behind other horses.”

In discussing his tournament tactics Olczyk noted, “Tournament play is about commitment to your convictions and managing your bankroll.  When I handicap, I try to find overlooked horses that are ready to outrun their odds.  And when I find them, my mindset is that I have to take my shot, no matter how much money is – or isn’t – being bet on them.  Sometimes you win, sometimes you don’t, but you can’t be afraid to make your bets.”

Think you have what it takes to take on Edzo in the Pegasus World Cup Betting Championship?  Sign up and play today!  For more information, please visit PWCBC.com.