Seeking the Soul Sharp and Happy for Pegasus World Cup 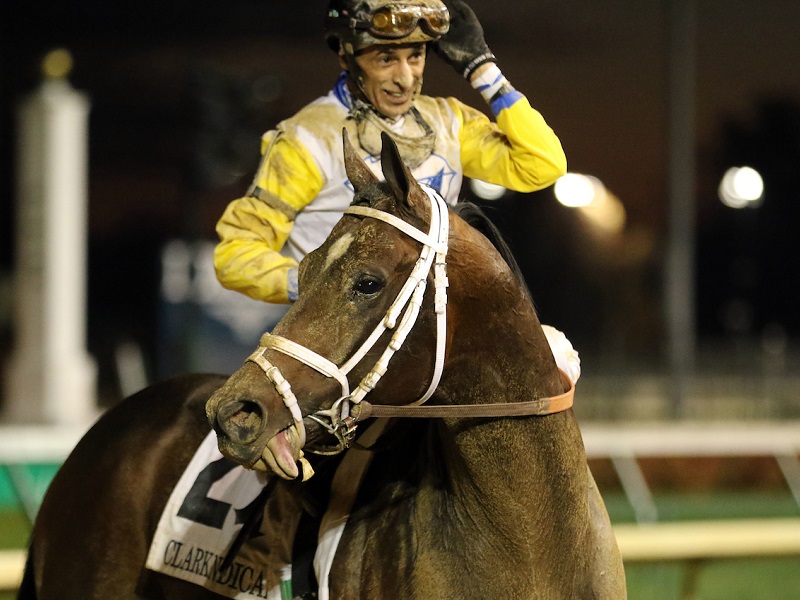 After winning three of his first 14 starts, Stewart said they “learned a little about him” when finishing third in the Louisville Classic (G3) in September. The 5-year-old son of Perfect Soul has since set a track record at Keeneland and won the Clark Handicap (G1) at Churchill Downs.

“He’s just been very sharp, very happy about his job,” Stewart said. “He’s eating well, he’s healthy, and he looks great, he’s all dappled out. I think he’s going to be ready to go.”

Stewart discusses his relationship with Fipke in the accompanying video and call the Pegasus “one of the best races ever.”

“Mr. Stronach’s put the money up,” he added. “He wants the good horses there. It’s an honor to have a horse like this to bring there.”