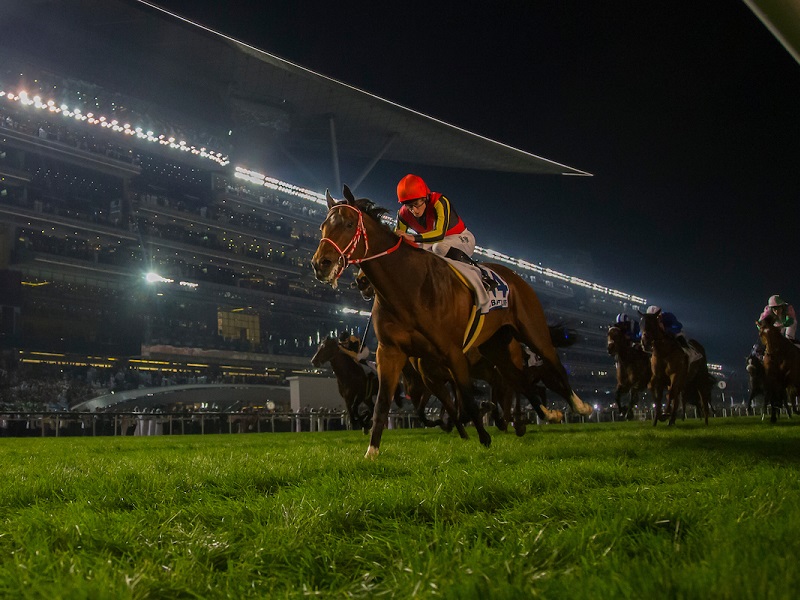 The Dubai World Cup Carnival has been sensational so far. I would venture to say the best ever and it is only going to get better and better as we move towards World Cup night on March 31.  The Pegasus World Cup at Gulfstream Park on Saturday produced a tremendous performance from Gun Runner, but bar a massive U-turn from connections he will not be in Dubai for the World Cup, having retired to stallion duties. Two others could be though. Sharp Azteca will surely drop in trip and contest the Godolphin Mile, while West Coast, who was third behind Gun Runner in the Breeders’ Cup Classic and second in Florida, could also make the trip and is the 3-1 favourite with British bookmakers. Exciting times ahead.

For now though it is Week Four of the Carnival and I have five selections for you.

This Godolphin representative was a successful tip for us when he won the Singspiel Stakes on the opening night of the Carnival three weeks ago and I take him to win again. The Singspiel brought out the best in him in that he was able to compete on decent ground over 10 furlongs, which is the ideal scenario for him. He gets the same conditions again and as such will be tough to beat. The Group One Dubai Turf is his ultimate target and this is a stepping-stone in lesser company that he should take in his stride. He is a class act.

This sprinter ran really well last week when just touched off by Dutch Masterpiece over 5f and he can go one better over this 6f, a distance that suits him a lot better. He is in tremendous form at the moment, not just evidenced by his previous run, but by his effort behind Ertijaal on the first week of the Carnival. In that race he did best of those towards the stands side, winning his group comprehensively. That was a big effort and now in a weaker race over his best trip he can make all the running and win for trainer Fawzi Naas.

He is going to be a short price but he should win easily. He brought decent American dirt form to the UAE when winning first time up for trainer Doug Watson. That was a facile success, after which the Godolphin Mile on World Cup night was mentioned as being a target. If that is the case another easy win should be on the cards here particularly as there seems to be little strength-in-depth in this race.

This classy performer went from strength to strength last year at the Carnival, indeed he was most impressive when making all to win this race last year. He is drawn in stall one so may well have to attack from the front again under Silvestre De Sousa. It is his seasonal reappearance and he does have a very credible opponent in the shape of D’bai, who win impressively two weeks ago but he needs the blinkers to work again and plenty of luck in running. Even with everything going his way he may not be good enough to beat Championship, who posted some very good time figures at this track last year.

I tipped this horse three weeks ago and in a messy race he never got any luck in running before he kept on steadily late on under a considerate ride. He is reunited with William Buick, who won on him last year at Goodwood and is a completely unexposed handicapper. I am convinced there is plenty more to come from him and compensation for a luckless run last time awaits.