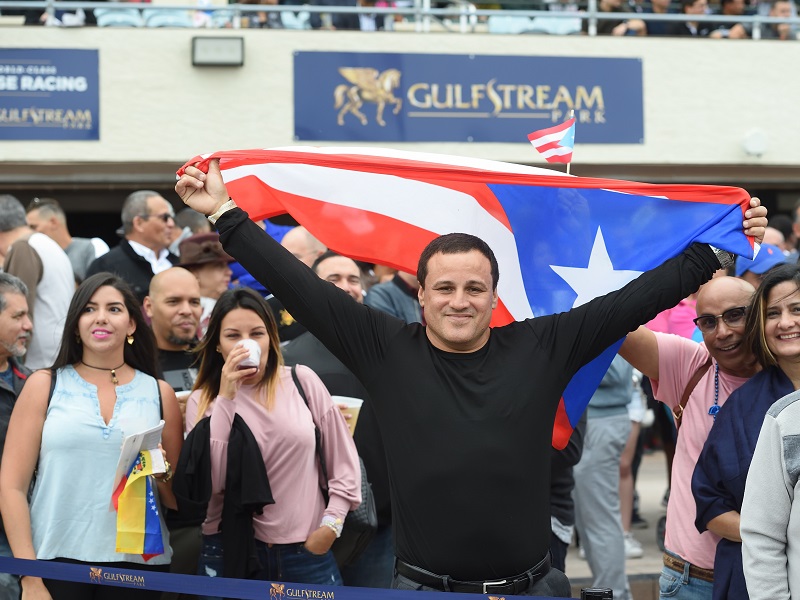 This will be the second consecutive year Gulfstream hosts the Clasico Internacional del Caribe, featuring five races for Thoroughbreds from eight Caribbean and Latin American countries, highlighted by the $300,000 Clasico del Caribe (Caribbean Derby). Gulfstream became the first pari-mutuel facility outside Latin America and the Caribbean to host the event last year since its inception in 1966.

“We are delighted to welcome the Confederation of Caribbean Racetracks back to Gulfstream for the Clasico Internacional del Caribe on Saturday, Dec. 8,” said Gulfstream’s General Manager Bill Badgett. “Last year’s Clasico was one of the most memorable events in Gulfstream’s history. The atmosphere was electric and the racing was fantastic. We look forward to hosting this incredible day of racing.”

Last year’s Clasico Internacional del Caribe was one of Gulfstream’s most electric days of racing with fans waving and wearing the flags of their countries while chanting and singing throughout the afternoon. The day was highlighted by the Mexican-based filly Jala Jala winning the Clasico, giving Irad Ortiz Jr., three Clasico stakes victories on the day.