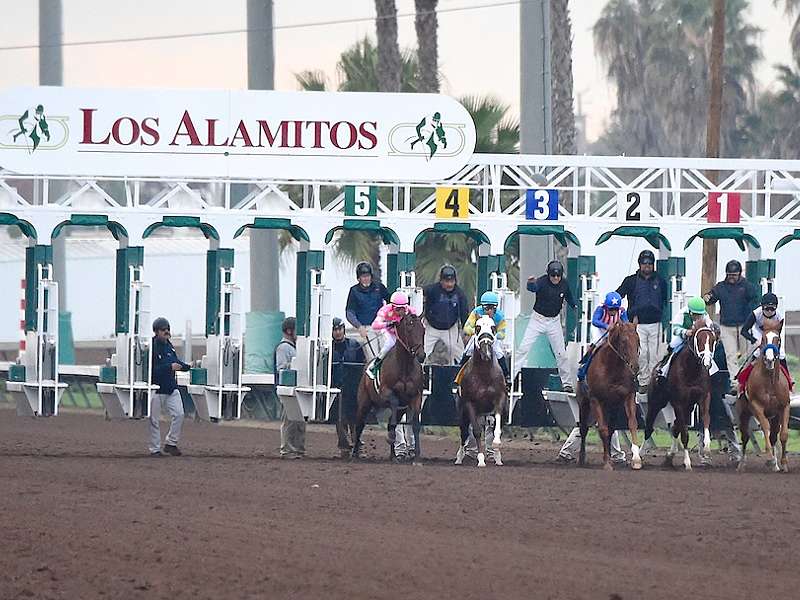 CYPRESS, Calif. – The Grade III, $200,000 Los Alamitos Derby and the $150,000 Forbidden Apple are part of a special cross-country Pick 4 being offered Saturday.

Two races from Los Alamitos and a pair from Belmont Park will comprise the 50-cent minimum wager, which is being labeled “New York-Los Alamitos Pick 4.’’

Besides the Forbidden Apple, which is scheduled for one mile on the turf and attracted 11 runners - including one main track only entrant – the other race from Belmont is a six-furlong sprint for 2-year-old maidens bred in New York.

The Forbidden Apple, which is the eighth on the New York Racing Association program, has an approximate post time of 2:18 p.m. PDT while the ninth race for maidens is scheduled to run at 2:50 p.m. PDT.

In addition to the Los Alamitos Derby, which is headed by Easy Goer Stakes winner West Coast, the other local racepart of the exotic wager is an optional claimer for older horses at one mile.