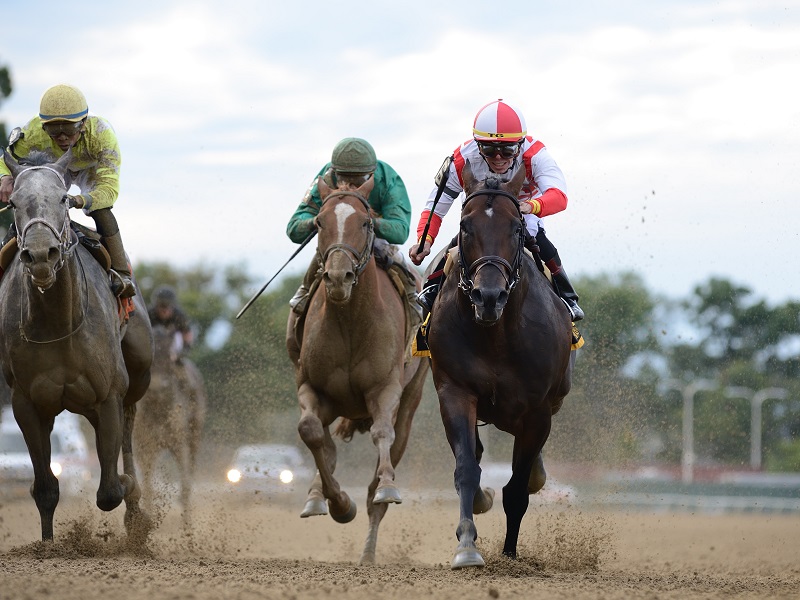 ELMONT, N.Y. - Klaravich Stable and William H. Lawrence's Patternrecognition made the transition to stakes company with aplomb, holding off a field of seven to win the Grade 2, $300,000 Kelso Handicap by a length on Saturday at Belmont Park.

The Kelso, Chad Brown's fifth training win of the day, marked the first stakes attempt in 10 career starts for Patternrecognition, a 5-year-old Florida-bred by Adios Charlie who won a seven-furlong optional claimer by three-quarters of a length on August 11 at Saratoga Race Course last time out.

In the Kelso, Patternrecognition took control early under jockey Tyler Gaffalione, holding a length lead under pressure from No Dozing through an opening quarter-mile in 23.77 seconds and a half in 46.83. No Dozing began to give up the fight as Sunny Ridge and fellow Brown trainee Timeline gained ground as the field turned for home. Sunny Ridge got within striking distance with an eighth of a mile left, but Patternrecognition dug in, completing the mile in 1:34.16 on the fast main track.

"I have to give credit to Chad and his team," said Gaffalione, who teamed up with Brown to win the opener aboard Junkanoo. "They did a great job with him. You can see from his past races, he's always been a fighter. He was in a good rhythm on the turn for home and those horses didn't really come to him. When I asked him for run, he definitely responded. He likes a challenge and you can see that in his most recent race at Saratoga."

Timeline, who broke through the gate prior to the start, was another half-length back in third. No Dozing was fourth and even-money favorite Battle of Midway was fifth. Still Having Fun and Realm rounded out the order of finish.