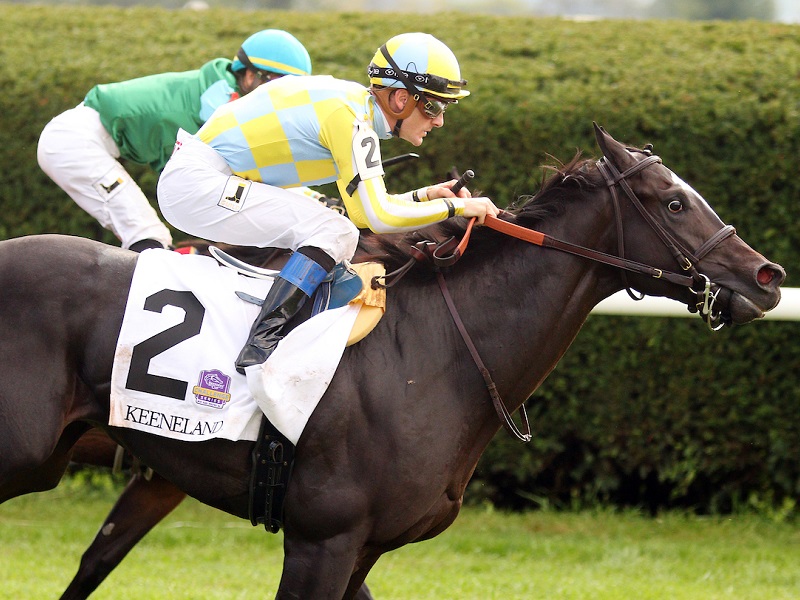 John C. Oxley’s Strike Silver has the $1 million Breeders’ Cup Juvenile Turf Sprint on his calendar after clinching a fees-paid slot with his triumph in Sunday’s $200,000 Indian Summer. The inaugural running of the Juvenile Turf Sprint will be at Churchill Downs on Nov. 2.

“The game plan is to go for the Breeders’ Cup,” trainer Mark Casse’s assistant David Carroll said. “He will probably stay at Keeneland for a little while before shipping to our barn at Churchill Downs.”

The Indian Summer marked the turf debut for Strike Silver, who won his career debut at Churchill in June and was a close second in the Sanford (G3) at Saratoga in July.

Trainer Wesley Ward was pleased with the second-place effort by Hat Creek Racing’s Chelsea Cloisters in the Indian Summer.

“You look like you’re a winner and then you get nailed at the wire,” Ward said.