Current Gets Up at Wire to Win G3 Bourbon Stakes 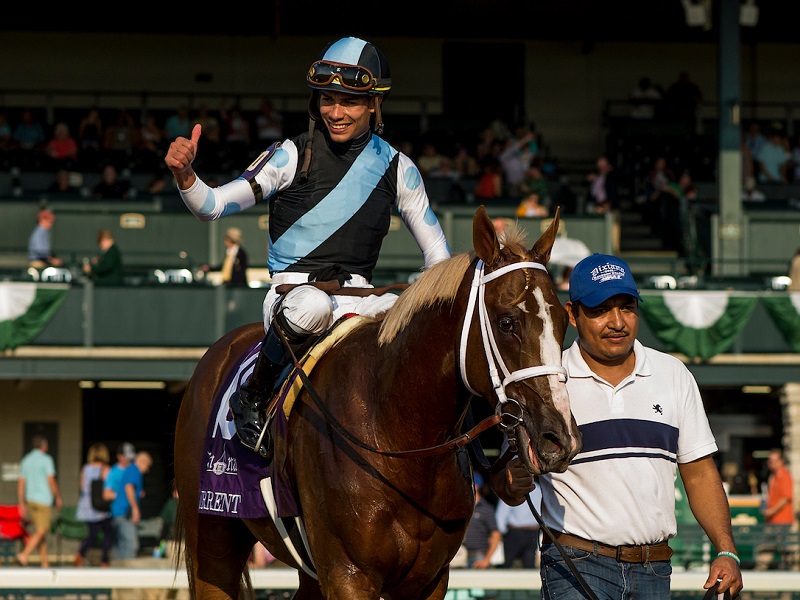 Eclipse Thoroughbred Partners and Robert LaPenta’s Current prevailed in a three-horse photo in Sunday’s Dixiana Bourbon (G3) despite having the shoe on his left front foot come loose.

“I don’t know where it happened in the race,” said Ginny DePasquale, assistant to trainer Todd Pletcher. “He is good this morning.”

Even though there were three noses on the wire, DePasquale thought Current had won.

“I was watching on the monitor in the Grandstand and all the commentators (on TVG and NBC) thought he won,” DePasquale said. “I was surprised it took so long to put the result up.”

The end result was a fees-paid berth into the $1 million Breeders’ Cup Juvenile Turf (G1) at Churchill Downs on Nov. 2 for Current. DePasquale, who will be with Pletcher’s Churchill string, was uncertain when Current would move on to Louisville but expected the colt would remain at Keeneland for the time being.

Current was ridden by Jose Ortiz and was the third winner of the day for the trainer-jockey combination. They won the third with D’ambrosio and the seventh with Into Mystic. It marked the first three-win day for a rider or trainer during the meet.

Maker said Monday that the Breeders’ Cup remains under consideration.

David Carroll, assistant to trainer Mark Casse, said plans are undecided for Gary Barber’s War of Will, who set the pace as the favorite in the Dixiana Bourbon before finishing fourth.

“He looked like he had control of the race turning for home,” Carroll said. “He might have lost his momentum when he switched leads but we still think a lot of him and hopefully he has some big days ahead of him.”