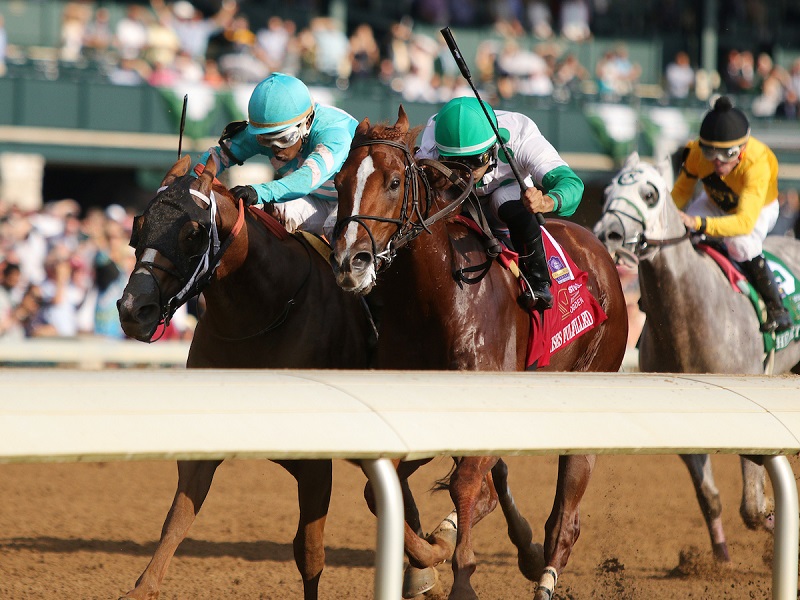 Trained by Dale Romans and ridden by Luis Saez, Promises Fulfilled covered 6 furlongs on the main track in 1:09.05 to win the Stoll Keenon Ogden Phoenix and earn a berth in the $2 million TwinSpires Breeders’ Cup Sprint (G1) to be run Nov. 3.

Promises Fulfilled took the lead out of the gate but was joined quickly by Heartwood as the duo raced through fractions of :22.50 and :45.09.

Entering the stretch, Heartwood retreated and Whitmore took up the chase on the outside and Limousine Liberal tried to come through on the inside. Neither older runner ever got past Promises Fulfilled, who gave Romans and Saez their initial victories in the race.

A Keeneland sales graduate, Promises Fulfilled is a 3-year-old Kentucky-bred son of Shackleford out of the Marquetry mare Marquee Delivery.

It was another 3 lengths back to Heartwood with Dalmore finishing fifth in the field of five.