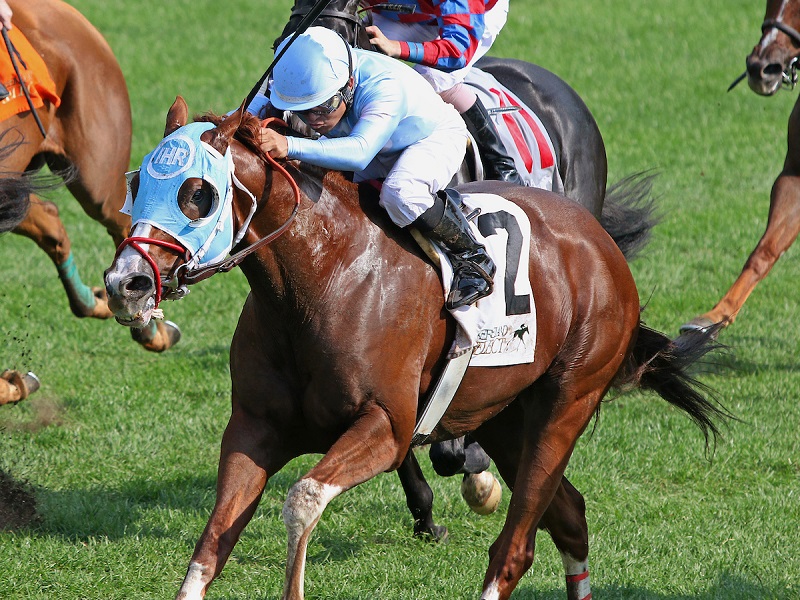 In the Woodford, Bucchero got a ground-saving trip early as Rocket Heat sped through uncontested fractions of  :21.80 and :44.77. Entering the stretch, Bucchero zoomed past on the outside, turned back a bid from Extravagant Kid and then held off a fast-closing Will Call by a half-length.

Trained by Tim Glyshaw and ridden by Fernando De La Cruz, Bucchero covered the 5½ furlongs on good turf in 1:04.04.

It was another neck back to Angaston, who was followed in order by Win Lion Win, Rocket Heat, Undrafted, Vici, Kid Perfect, Done Deal and Machismo.