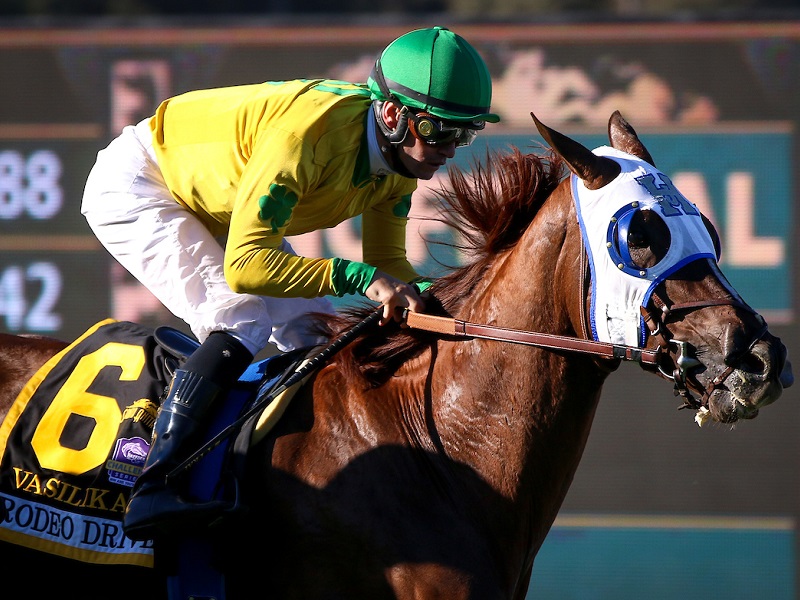 Trained and co-owned by Hollendorfer, Vasilika was claimed for $40,000 by her new owners in February and has won eight of nine since, including seven in a row.