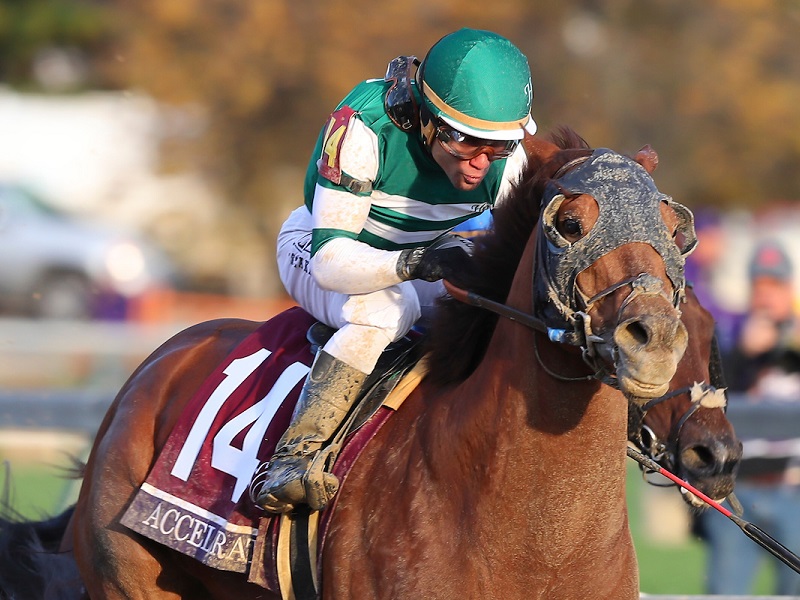 Other horses considering the third running of the Pegasus include Breeders’ Cup Dirt Mile (G1) winner City of Light and runner-up Seeking the Soul. Arklow, fourth in the Breeders’ Cup Turf (G1), is a possibility for the $7 million Pegasus World Cup Turf Invitational (G1), the richest turf race in North America also being run on Saturday, Jan. 26.

In just two years the Pegasus has become one of the sport’s biggest events. In 2017, the Pegasus brought together two-time Horse of the Year California Chrome and 2016 Breeders’ Cup Classic winner Arrogate, who won the inagural running by 4 ¾ lengths. Earlier this year, Horse of the Year Gun Runner ended his career with a 2 ½-length victory in the Pegasus over West Coast and third-place finisher Gunnevera.

Trainer John Sadler, who saddled Accelerate to a length victory over Gunnevera in Saturday’s $6 million Classic, said the 5-year-old, a winner of four consecutive Grade I races, will be shown as a stallion in Lexington before being sent back to his stable in California.

“If all is good, we’ll probably go in the Pegasus, kind of our all-out Gun Runner of last year, and then he’ll go off to stud,” Sadler said.

Gunnevera, trained at Gulfstream by Antonio Sano and a winner of more than $4 million, is also targeting the Pegasus after finishing second in Saturday’s Classic. “He’s going to race in 2019 and will point to the Pegasus,” Sano said.

After watching their filly win Saturday’s Distaff for her ninth victory in 11 starts, the connections of Monomoy Girl said they would consider running against the boys in the Pegasus.

“I think we will take a look at the Pegasus,” said co-owner Sol Kumin. “I think it’s a good distance for her…speed-favoring track at Gulfstream. She’ll get obviously a little bit of a weight break. I think that would be the only race that we would probably look at.”

Brad Cox, trainer of Monomoy Girl, said; “Really, right now, in the near future that would be the race we would target. Beyond that, it will be the Breeders’ Cup next year at Santa Anita. We would have plenty of time to come back and prepare for the Distaff if there is a run in January in the Pegasus. She’s worthy of a break and some time. When we give that to her it will be up to what we decide to do with the Pegasus.”

Cox also said Arklow, fourth in the Breeders’ Cup Turf, will be considered for the inaugural running of the Pegasus World Cup Turf Invitational. “We might also might take a look at the Pegasus turf race with him as well. We’ll give him a few days to come out of his race and we’ll go from there.”

Florida Derby winner Audible, who was sidelined earlier this year after finishing third in the Kentucky Derby (G1), returned from a six-month layoff Saturday for trainer Todd Pletcher to impressively win the Cherokee Run on Breeders’ Cup Day. After the 3-year-old’s performance, Elliott Walden, President and Racing Manager of WinStar Farm, said; “I think Audible could be Pegasus-bound after that.”