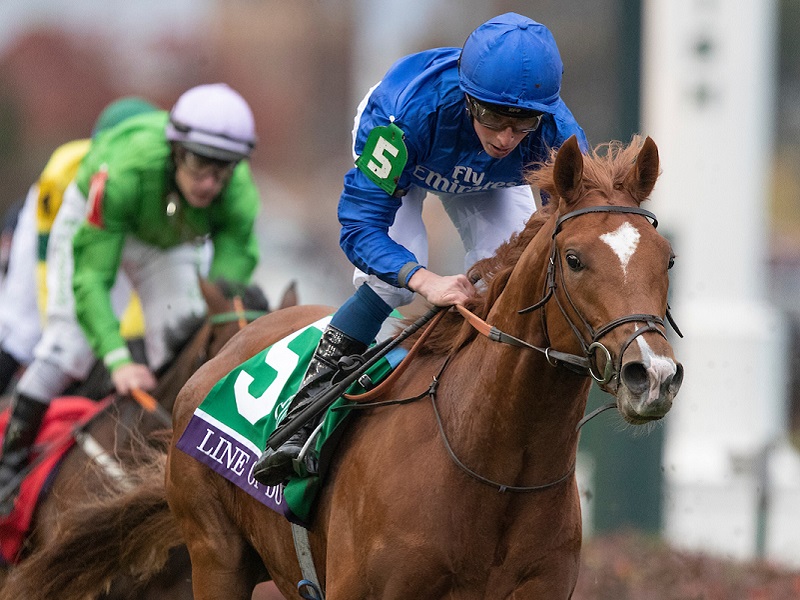 Trained by Charlie Appleby and ridden by William Buick, Line of Duty covered the mile on a turf course labeled good in 1:40.06. The victory was the third for Appleby in the Breeders’ Cup and second in this race having triumphed in 2013 with Outstrip. It was the second Breeders’ Cup victory for Buick.

Somelikeithotbrown led the field of 14 from shortly after the start and maintained that advantage into deep stretch when Line of Duty swooped past on the far outside while Uncle Benny challenged down the middle of the course.

Buick guided Line of Duty back toward the inside, making contact with Uncle Benny and jockey Irad Ortiz Jr., prompting the objection and inquiry that were disallowed by the stewards. The Irish-bred son of Galileo has compiled a 5-3-2-0 record that now includes a Grade 1 victory. Somelikeithotbrown finished a neck in back of Uncle Benny and saved the show spot by 1 ¼ lengths
over Arthur Kitt.