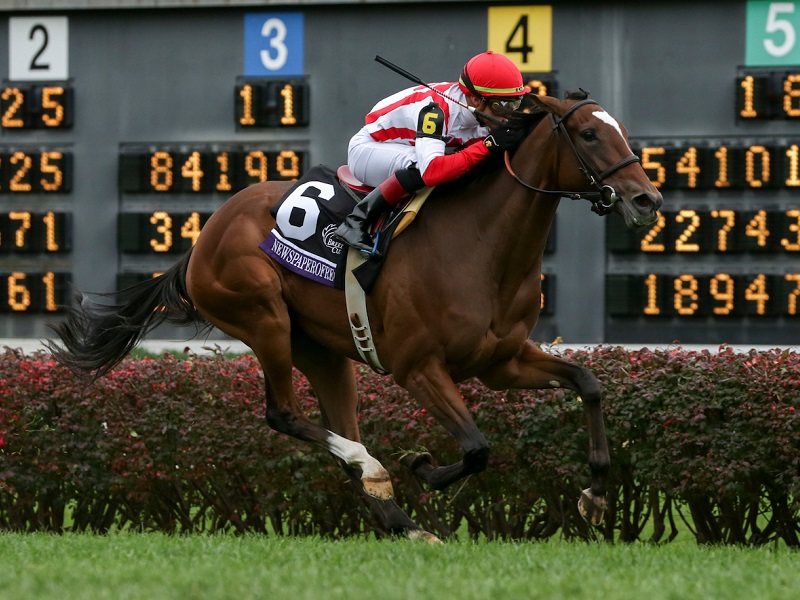 East, trained by Kevin Ryan, rallied to finish second a neck ahead of Stellar Agent in third.  From there it was three-quarters of a length back to Just Wonderful in fourth and another half-length to Varenka in fifth.

Running time for the Breeders’ Cup Juvenile Fillies Turf, over a course listed yielding, was 1:39.00.