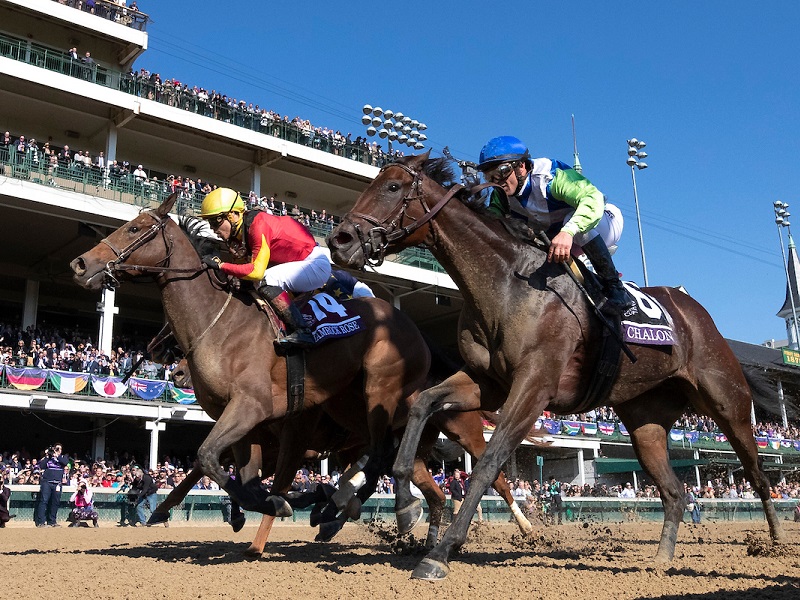 LOUISVILLE, Ky. (Nov. 3, 2018) – Conrad Farms’ Shamrock Rose ($53.80) split horses in deep stretch and nailed Chalon in the shadow of the wire to win the 12th running of the $1 million Breeders’ Cup Filly & Mare Sprint (G1) by a head to kick off the second day of the 35th Breeders’ Cup World Championships at Churchill Downs on Saturday afternoon.

Trained by Mark Casse and ridden by Irad Ortiz Jr., Shamrock Rose covered the seven furlongs in 1:23.13 over a fast main track. It is the fifth Breeders’ Cup victory for Casse and Ortiz and the second consecutive win in the race for Ortiz, who rode Bar of Gold to her upset victory at Del Mar last year.

Now a winner of four consecutive starts, Shamrock Rose is a Pennsylvania-bred daughter of First Dude out of the Elusive Quality mare Slew’s Quality. It is her first Grade 1 victory. Selcourt shot to the lead from her inside post and led the field of 14 through fractions of :21.89 and :44.99. Going into the far turn Happy Like a Fool took over for Selcourt with Chalon moving three wide to challenge and Ortiz beginning to pick off horses from the back of the pack on Shamrock Rose.

Chalon spurted to the front at the eighth pole and appeared home free until Shamrock Rock emerged from the onrushing pack to prevail at the wire. Anonymity was neck behind Chalon in third with favored Marley’s Freedom another head back in fourth.