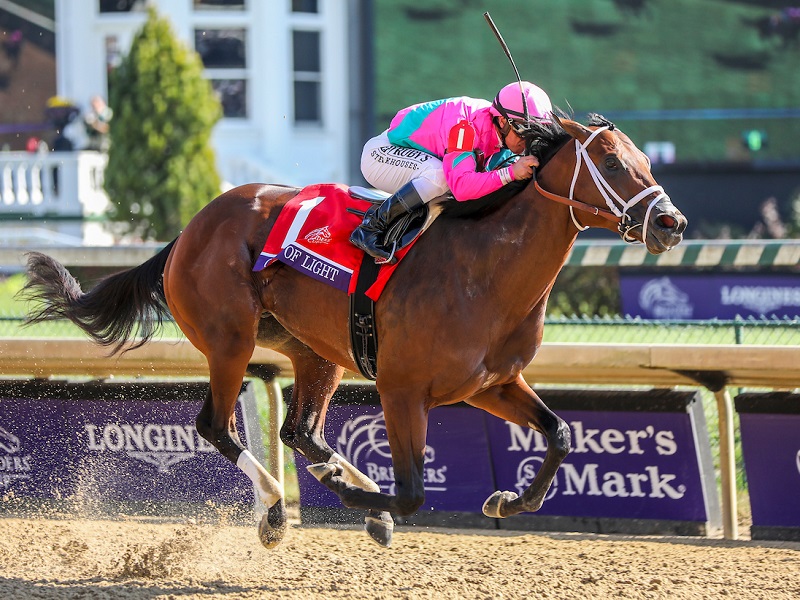 LOUISVILLE, Ky. (Nov. 3, 2018) – Mr. and Mrs. William K. Warren Jr.’s City of Light ($7.20) grabbed the lead after a four-horse scramble in the first quarter of a mile, put away challenges from Firenze Fire and favored Catalina Cruiser on the far turn and rolled to a 2 ¾-length victory over Seeking the Soul in the 12th running of the $1 million Breeders’ Cup Dirt Mile (G1) for 3-year-olds and up on Saturday afternoon at Churchill Downs.

Trained by Michael McCarthy and ridden by Javier Castellano, City of Light covered the mile 1:33.83 over a fast main track. The victory is the first for McCarthy in the Breeders’ Cup and 10th for Castellano, who also won this race at Keeneland in 2015 with Liam’s Map.

City of Light is a 4-year-old  Kentucky-bred son of Quality Road out of the Dehere mare Paris Notion. Now with a record of 10-5-4-1, Saturday’s victory is the third Grade 1 triumph for City of Light.

Seeking the Soul rallied from the back of the pack to grab second by 2 ½ lengths over Bravazo, who was six lengths in front of Firenze Fire.