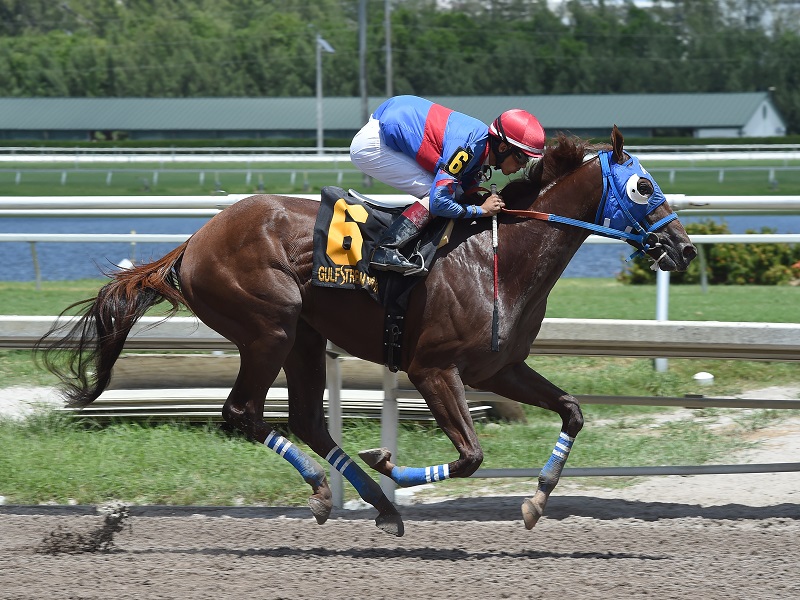 The workout, which was the second fastest of 18 recorded at the distance, was the 4-year-old son of Dialed In’s third breeze since finishing second in the $6 million Breeders’ Cup Classic (G1) at Churchill Downs Nov. 3.

Irad Ortiz Jr. was aboard the Antonio Sano-trained colt for the third consecutive workout.

“He’s working really good. He’s been doing everything the right way. He’s getting better and better. Today, he worked better than the last couple times,” Ortiz said. “He’s doing everything comfortable. I put my hands down and he does whatever he wants. We’re just keeping him happy.”

Ortiz, widely regarded as the frontrunner in the race for the 2018 Eclipse Award as outstanding jockey, rode Gunnevera in his second-place Breeders’ Cup Classic finish, in which he recovered from early bumping to close from 11th to come within a length of victorious Accelerate.

“He has a big heart. He always tries,” Ortiz said. “He didn’t have the best trip and just got beat.”