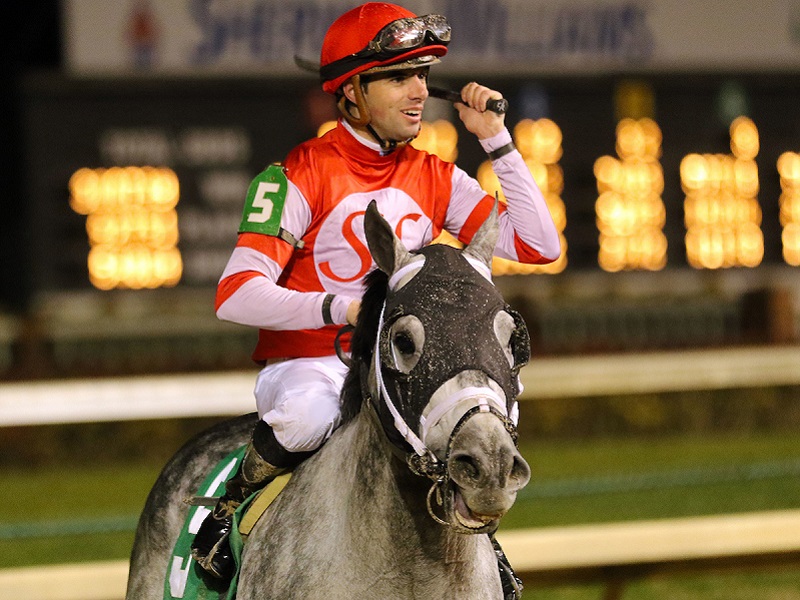 With Leofric’s indomitable victory in Friday’s $500,000 Clark Handicap Presented by Norton Healthcare (Grade I), trainer Brad Cox is looking ahead to 2019 for a 6-year-old campaign that includes several options, including the $9 million Pegasus World Cup Invitational (GI) at Gulfstream Park on Jan. 26.

“The Pegasus is an option that we’ll keep on the table,” Cox said. “This horse developed so much over the summer and has really come into his own. We’ll also look at the (Grade II, $750,000) Oaklawn Handicap (on April 13) as a long-range target as well.”

Owned by Steve Landers Racing, this was the first Grade I win and third graded stakes victory of the year for Leofric. In addition to winning the Fayette, he scored in the $200,000 West Virginia Governor’s Stakes (GIII) at Mountaineer in August. After the latter, Leofric finished third behind Yoshida (JPN) and Gunnevera in the $750,000 Woodward (GI) at Saratoga.

“It’s been a great year with Monomoy Girl and now this win is very special to us,” Cox said. “He’s doing well this morning. It was a really good day yesterday.”

Cox recently celebrated his 1,000th career win when Play On won a maiden special weight at Fair Grounds on Sunday. The 38-year-old conditioner is third in the Fall Meet standings at Churchill Downs with seven wins.