Seeking the Soul to Take Another Shot at Pegasus World Cup 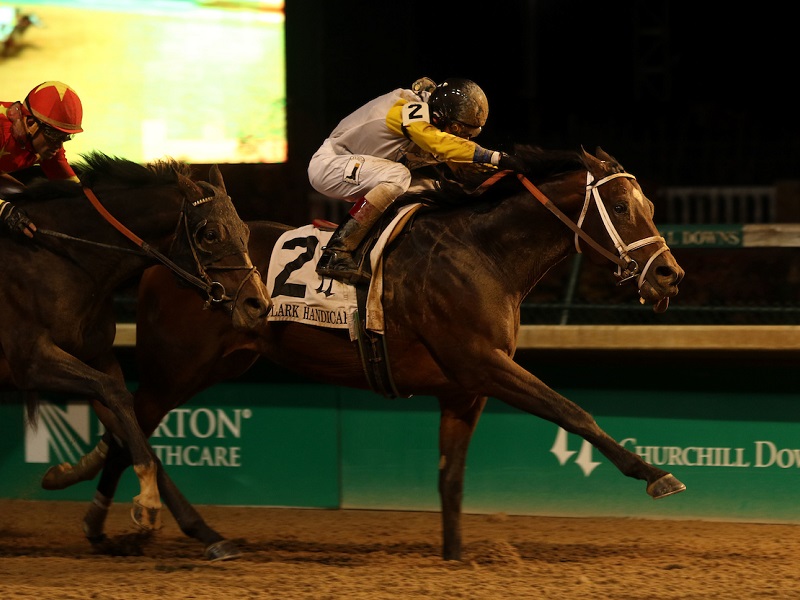 “I’m looking forward to it,” Dallas Stewart, trainer of Seeking the Soul, said Friday. “The horse is doing great.”

Bred and owned by Charles Fipke, Seeking the Soul kicked off his 2018 campaign running fifth in the second edition of the 1 1/8-mile Pegasus in January, won by Horse of the Year Gun Runner in his career finale.

He has placed in four of five subsequent starts, all in stakes, topped by a victory in the Ack Ack (G3) Sept. 29. He was beaten 2 ¾ lengths by City of Light when second in the Breeders’ Cup Dirt Mile (G1) prior to running third in defense of his 2017 triumph in the Clark Handicap (G1) Nov. 23.

“He was second in the Breeders’ Cup to a very nice horse, and he’s competed well all year. He just had one bad race up at Saratoga for some reason but a lot of horses get off form up there,” Stewart said. “The horse has had a really good year. He didn’t do so well in the Clark, but he didn’t do bad. He came out of it good.”

Seeking the Soul returned to the work tab Friday morning for the first time since the Clark, going four furlongs in 51 seconds at Fair Grounds.