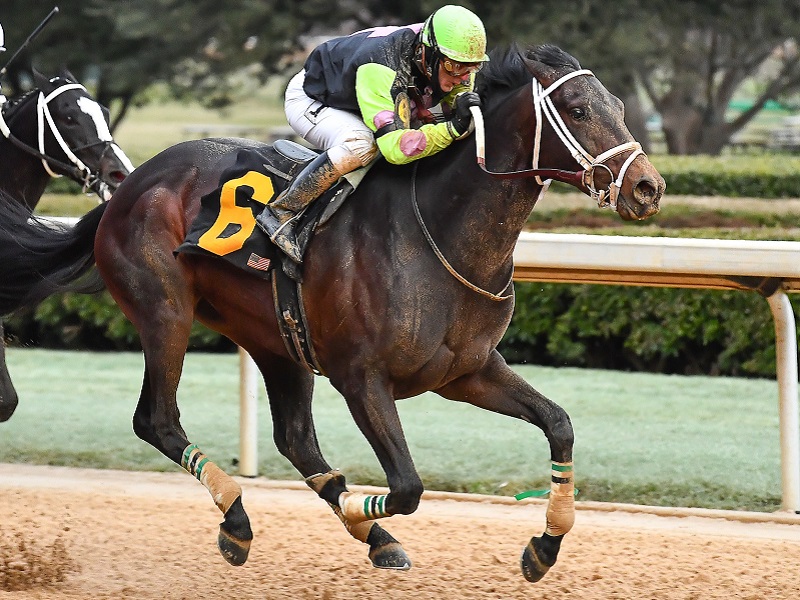 Michael Pressley and Steed Jackson’s Super Steed overcame two disappointing starts in his last two outs to pull one of the biggest upsets in Oaklawn stakes history by winning Monday’s $500,000 Southwest Stakes (G3) at odds of 62-1.

Ridden by Terry Thompson, Super Steed had to steady early and raced in ninth as Jersey Agenda and Gray Attempt battled through an opening quarter in :23 2/5. Gray Attempt, the Smarty Jones winner, held a one length advantage after a half mile in :47 3/5, but it was short lived. The winner came five wide into the stretch and rolled past all of his rivals to win by three-quarters of a length over Sueno. Long Range Toddy had to steady at the quarter pole, but made a gutsy move to be third.

The top four finishers of the Southwest all earned points toward Kentucky Derby eligibility. Super Steed earned 10 for winning and is now tied with seven other horses among the top 20. Sueno now has eight points and is just outside the top 20, while Long Range Toddy, who won the Springboard Mile for 10 points and got four for finishing second in the Smarty Jones, now has 16 and is ranked seventh.

Winning trainer Larry Jones – “He’s a nice horse. He got sick going into the Fair Grounds race (Sugar Bowl). It wasn’t serious, but you could tell he didn’t feel well. And, in the Smarty Jones (When seventh) they ran a Merry Go Round race. Terry did a good job. He had him in a good spot. This is very good. It’s been a while since Terry and I have been in this position. This is wonderful.”

Winning jockey Terry Thompson – “He ran just a beautiful race. He wasn’t as aggressive. The other day (in the Smarty Jones), he got shuffled back, but he was aggressive. Today everything was in flow. It worked out perfect. Larry said wherever we were, make sure he gets the lead heading into stretch. He has a big heart.”

Trainer Keith Desormeaux, second with Sueno – “Great race. It would have nice to get through earlier. This horse is as legit as they come. We are very thankful to have him in our stable.”

Trainer Jinks Fires (Gray Attempt, 11th) – “Very unsportsmanlike what they did. I don't mind them outrunning us, making us keep running. But don't come in and wipe me out.”