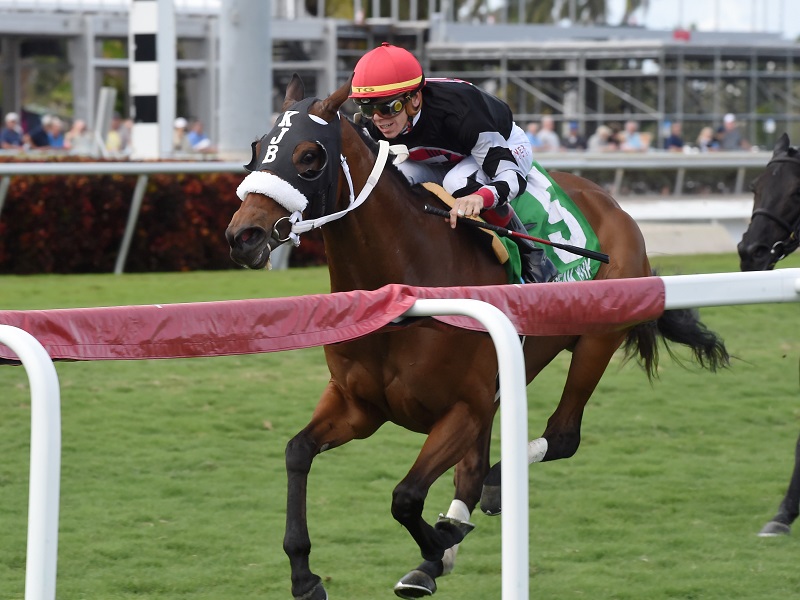 HALLANDALE BEACH, FL – Tyler Gaffalione returned from a three-day trip to Doha, Qatar earlier this week after riding Saturday in the $1 million His Highness The Emir’s Trophy.

While Gaffalione didn’t visit the winner’s circle, the adventure was well worth the 15-hour trip.

“The trip was fun, a great experience,” Gaffalione said. “You get to see a whole other side of the world. The atmosphere was great. Everyone was very welcoming. I never expected to go to a place like that. To see it first-hand is pretty incredible.”

Gaffalione was back in business at Gulfstream Wednesday and will likely have one of the favorites in Saturday’s $150,000 Honey Fox (G3) over a mile turf course in Epic Racing’s Valedictorian.

The Honey Fox, one of nine graded-stakes Saturday highlighted by the $400,000 Xpressbet.com Fountain of Youth (G2), drew a field of 10 including Bellavais, Dolce Lili and La Signare.

Valedictorian, trained by Kelly Breen, enters the Honey Fox off a gate-to-wire win here Feb. 9 in the Suwannee River (G3) after having finished third Jan. 12 in the Marshua’s River (G3). A 5-year-old New Jersey-bred by Temple City, Valedictorian has been a model of consistency winning 10 of 24 starts and finishing first, second or third in 18 races.

“She had everything her way the day [of the Suwannee River],” Gaffalione said. “She was the lone speed, she broke nicely, rated nicely and she was real relaxed down the backside. When I asked her for run she opened it up and took the race away from them at that point. She finished up well that day. I’m looking forward to her next start.

“I don’t think she needs the lead, but if she can get it easy enough I think it helps.”

Trainer Todd Pletcher brings back Bellavais, winner of the Marshua’s River. The 5-year-old daughter of Tapit has compiled five wins from 14 starts (12 on the turf) while competing at eight different tracks.

Trainer Bill Mott will send out Dolce Lili, who comes into the Honey Fox off a half-length victory in her 5-year-old debut Jan. 26 in the South Beach Stakes. The daughter of Scat Daddy, owned and bred by Don Alberto Stable, has placed in 10 of 11 turf starts with four wins.

“Dolce Lilly is doing really well,” Mott said. “She won her first stakes race on the 26th of January and we were trying to get a little black type on her and we were able to accomplish that. We’re going to give her another try on March the 2nd in one of the filly and mare races. They’ve got two on that day and we’re eligible for both. The Honey Fox is the one that we’d probably be leaning toward. But she seems to be improving as time goes on. I’m happy with her progress.”

Chad Brown will send out Peter Brant’s Precieuse, who hasn’t been out since finishing second over a soft course at Saratoga Aug. 4 in the De La Rose.