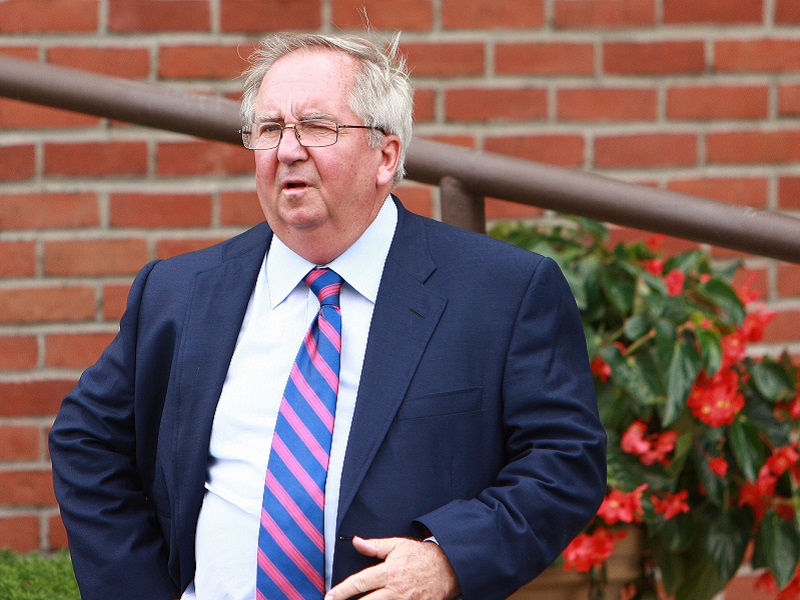 Trainer Shug McGaughey (Code of Honor): “Well, I just thought that I made a couple of mistakes. I thought that I did stuff with him that maybe didn’t need to be done. I thought I had him ready for the real stuff. That didn’t work out and maybe he just wasn’t ready.”

“There’s obviously three different spots. The Florida Derby would be my preference. We’ve got to ship him an hour and a half down the road. But there is the Wood and Bluegrass. It’s not all the Kentucky Derby. If he takes us there it’ll be fine but we still got to do it again.”

“After the Mucho Macho Man, I said listen, ‘we’re going train him. If he takes it he takes it,’ and he took it. He was doing good with what we were putting into him so we kept doing it and we felt like he was going to come down here and run well. We saved some ground going around the first turn and he was just patient. We got the set up.”

“I would prefer to stay here, but I’m going to see. A couple of them are a little farther down the line, so we’ll see how he comes out of it. We’ll figure it out.”

Jockey John Velazquez (Code of Honor): “There was so much speed in the race I was expecting a quick pace in front of us. We broke well, got position into the first turn and we held that position there. Once I was on the backstretch I was very comfortable with the way he was doing things. By the time three-eighths pole I was a little uncomfortable – one horse was kind of backing up and the other one was kind of holding me there. I had to make kind of a premature move around the quarter pole and I got there a little too soon to tell you the truth, but once he got in front he opened up a little bit.”

“This is what we expected of him. Obviously, he came from a long layoff and he probably wasn’t quite ready. We put a lot of work in him and he’s taken it well and he showed us today what kind of horse he is.”

Owner William Farish (Code of Honor): Unbelievable. It’s simply unbelievable. We’ve known he has the talent, but we’ve had these little hiccups ever since he was second in Saratoga. Today he showed what he had all along and what we’ve saw all along. It’s why he’s had to work him so much coming up to this.

“It’s just incredible. You go through these things and all of a sudden it works. This is what he’s always done and he’s a very talented horse. Now we’ll see him.

About going to Kentucky Derby “We’ll have to see how he comes out of this. With the works he’s had we’ll probably back off a little bit after this. We may not do that. We’ll see. There’s no way to tell you what it means. It’s a terrific thing. We’ve been in this business a long time. There’s a lot of good and a lot of bad, but this was a great day.

“He ran good. It makes you wonder, well, should we have chosen an easier spot but I guess we felt we wanted to find some things about him today, and we found out we weren’t ready for this.”

“I would have loved to have gone in 46 and three and maybe we would have had a little more to finish up with. He got wrapped up in basically kind of a speed duel in a sense with a horse he shouldn’t have been. Anyway, that’s history. We’ll turn the page.”

Joel Rosario (Hidden Scroll): The trip was fine but in the beginning he showed too much speed. He did that last time and he stayed on but going two turns today for the first time he got a little tired in the end.

Trainer Mark Hennig (Bourbon War): “He ran very well. [Jockey] Irad [Ortiz Jr.] said, ‘I don’t like that first wire.’ He said he kind of had to wait a little at the quarter pole for some room, but he said he didn’t want to ask him and have to check. So he said he waited and waited and he was just humming down the stretch. He’s going to appreciate more ground, that’s for sure.”