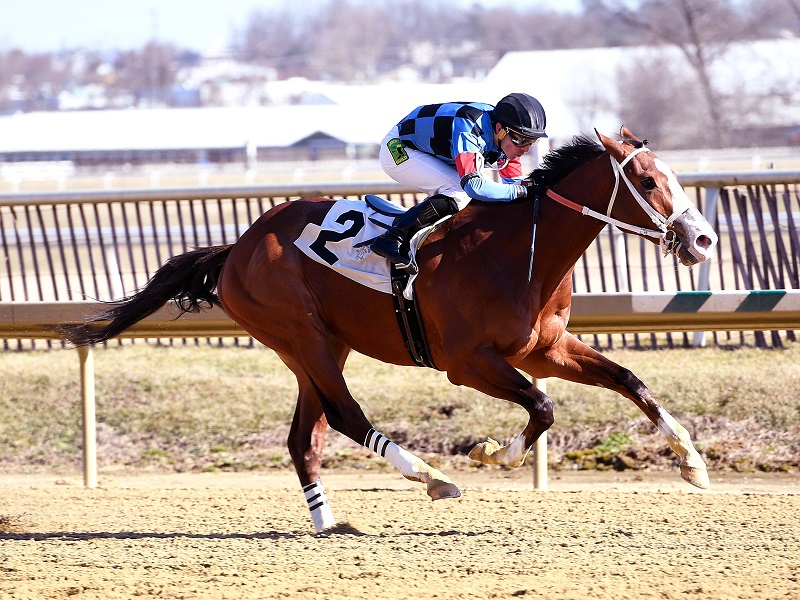 Hoffa’s Union was purchased by a group headed by Gary Barber and Adam Wachtel and turned over to Casse following a front-running 15 ½-length romp against fellow 3-year-olds Feb. 28 in 1:43.61 for about 1 1/16 miles, which is configured around two turns at Laurel.

The gelded son of 2012 Belmont Stakes (G1) winner Union Rags, acquired for $11,000 as a 2-year-old in training last May by previous trainer and co-owner Gary Capuano, has been working at Casse’s training center in Ocala since the private sale.

“So far I haven’t done a whole lot with him, just galloping. He didn’t run that long ago. We’ve got him here with us and he’s a beautiful, beautiful horse,” Casse said. “We’re looking right now at the Florida Derby. We kind of like the timing of it. Obviously, it’s going to be a huge step, but as long as he’s doing well we’re going to take a shot.”

“If you look at his numbers … he stacks up with all those guys,” Casse said. “It’s a tall task and a big jump up in class, but if he can come back and repeat the numbers that he ran in his first start, it puts him right there with the best of them.