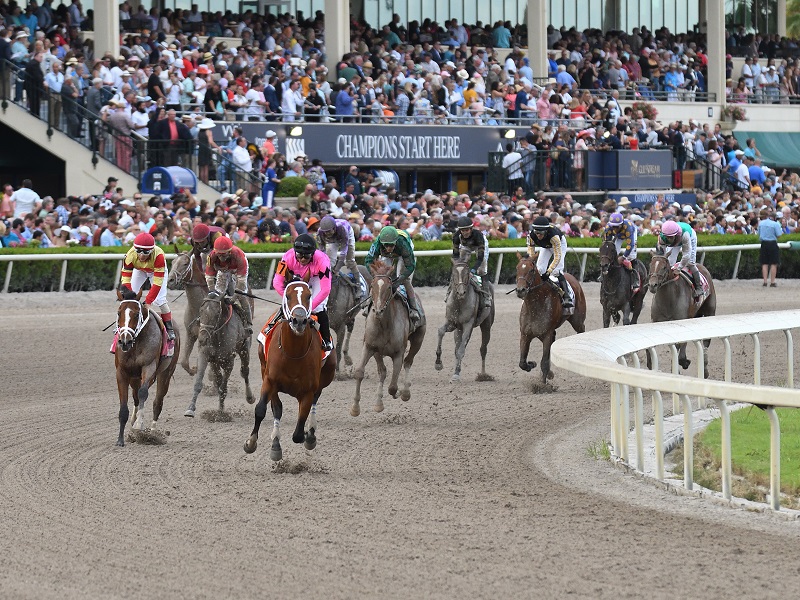 Jason Servis (Maximum Security, 1st): “The plan was not to go to the lead. I talked to Luis about it. I didn’t want to overread the race. Luis agreed that there was going to be a couple speed horses that might not be as good as a Derby horse, so we were really thinking that we were goin to be laying third. At the end of the day I told Luis, ‘Look, he’s yours. He breaks, and you ride him however you want.’ I worked in the jock’s room for 20 years, and if I heard anything I heard jockeys say, ‘If this guy would have left me alone I could have won this race for him.’ I just wanted to stay out of Luis’ way. It was his decision 100 percent. They went slow early, and the rest is history.”

“He wasn’t beating anything, he really wasn’t, but he was three-for-three at the track and I had Luis Saez. I was like, ‘Hello, what’s the downside?’ I’ll leave it to Team West. They’ve got some really good managers and we’ll see what they think they want to do. They’ve got that horse Game Winner, so I don’t know what we’ll decide. I guess I have to cancel my fishing trip in May.”

Shug McGaughey (Code of Honor, 3rd): “I thought we were done in the turn and he kind of kept going. I think he tried to get him going early because he could see what was going on. It just didn't work out. I'm not overly disappointed with the way he ran. We’ll have to see how he comes out of it and go from there.”

Bill Mott (Hidden Scroll, 6th): “I know the pace wasn’t that fast; we were close enough to the pace.  If (Maximum Security) had beat us a head or neck, you say, ‘Well, maybe it would have been nice to take him on earlier.’  He was having a good trip, he was right in behind them. [Jockey Javier Castellano] said he rated beautifully, said he’s push-button, but when he really needed him they kind of opened up on him on the turn and he came up empty. We probably bit off a little more than we could chew at this point.  We’ll back off and kind of start over with him.”

Luis Saez (Maximum Security, 1st): “It was beautiful. He broke so perfect and I just took it. He was traveling beautiful, and when he came to the half-mile pole and you feel the pressure I knew I had a lot of horse and in the stretch he just took off. My plan was if [Hidden Scroll] or somebody else took the lead I’m going to sit because I don’t want to make the race for somebody else. He took it so easy, so I just went with it.”

Nik Juarez (Bodexpress, 2nd): “It was a huge effort. I really liked him going into the race and he impressed me the way he ran last time. He’s a young horse that can take dirt and when he finishes, he gives it all he has. Today he did the same exact thing, we just didn’t have enough pace – it was just me and Luis. He wasn’t difficult going into the gate last time out as he was today, but you never know with big days like this, with the weather too and his first time being in front of the crowd he got a little nervous. You can see he’s a very talented horse despite what kind of energy he puts out first.”

Javier Castellano (Code of Honor, 3rd): “I didn’t have it today. I think he got tired and it started to catch up with him. We asked a little bit more of him than he’s used to but that’s the game. We start developing these horses and start pointing them to the Kentucky Derby and I think it caught up with him at the wrong time.”