War of Will Begins Preparation for 2019 Preakness Stakes 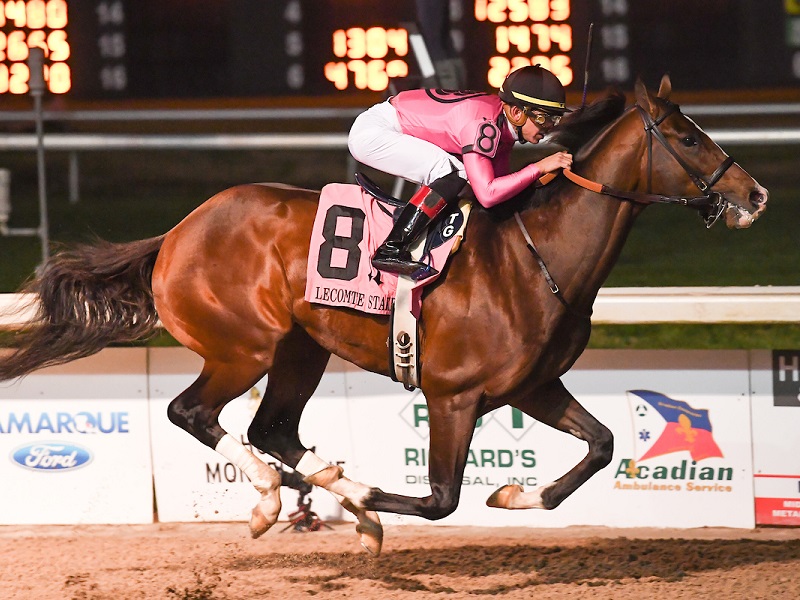 BALTIMORE, MD – In preparation for a start in the 144th Preakness Stakes (G1) at Pimlico Race Course May 18, Gary Barber’s War of Will returned to the track Wednesday morning at Churchill Downs, four days after he was involved in the melee that resulted in the historic disqualification of first-place finisher Maximum Security in the Kentucky Derby (G1).

War of Will got caught in a squeeze play when Maximum Security drifted out as the leaders started to round out of the far turn, their legs becoming entangled. War of Will finished eighth, only 4 ½ lengths behind the first-place finisher, and was moved up to seventh through the disqualification.

War of Will was scheduled to jog Tuesday, but the light training exercise was called off. Trainer Mark Casse said War of Will started feeling some discomfort in his right front foot and it was determined that the shoe had shifted in the course of the race.

“After a day or two, it was starting to bother him,” Casse said by phone. “He was a little uncomfortable (Tuesday) morning. So we pulled his shoe off, soaked his foot, put his shoe back on today. And he was 100 percent and went out to train today.”

Casse joked that War of Will shared the experience with tens of thousands of Derby-goers.

“No different than what probably 50,000 or 75,000 women who wore their pretty shoes did the day after the Derby, right?” he quipped. “Today he felt like new, and they probably put their gym shoes on. He was feeling the same effect.”

Casse said Tyler Gaffalione will be back on War of Will for the Preakness.

War of Will, who won the Lecomte (G3) and Risen Star (G2) before finishing ninth in the Louisiana Derby (G2) at Fair Grounds, jogged a mile Wednesday and probably will jog again tomorrow, Casse said.

“I do a lot of jogging with him anyways. Obviously, we just missed winning the Preakness two years ago by a head with Classic Empire. I never breezed him in between the two races, and I’m not going breeze this one either,” said Casse, who saddled Classic Empire for a fourth-place finish in the 2017 Kentucky Derby prior to his narrow loss to Cloud Computing in the Preakness.

“To me, it’s more about getting back your energy level. We don’t have to worry about fitness at this point in time. He’s not going to do a whole lot of anything. Do some jogging, some galloping,” he added. “He’s going to Baltimore Monday if everything stays like it is today, and everything is perfect and he’s happy and his energy level is good. We’ll do some blood work on him in a day or two.”