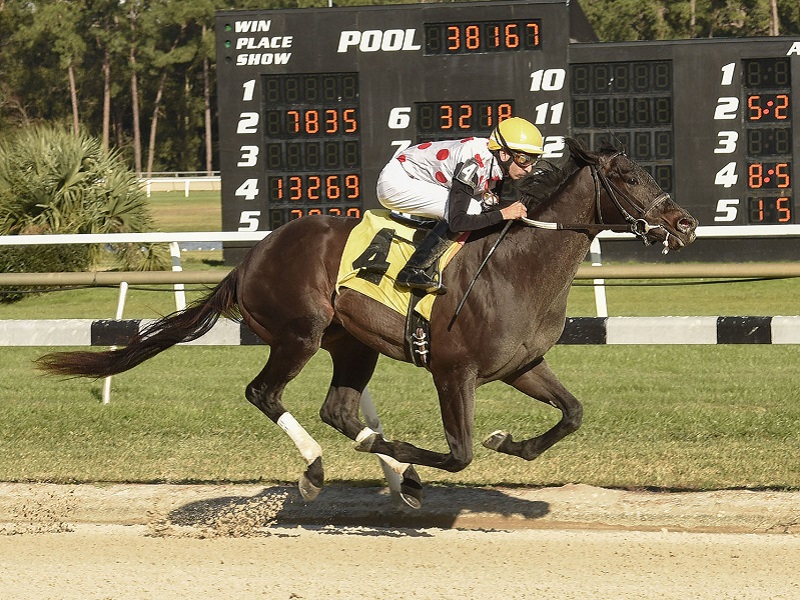 Win Win Win ended up ninth in the Saturday’s Kentucky Derby (G1) following an extremely wide trip. The homebred colt has been returned to Trombetta’s home base at Fair Hill Training Center in Elkton, Md. and went out to the track for the first time since the Derby on Wednesday morning for easy exercise. Trombetta said he will watch Win Win Win this week and reach a verdict by Friday on whether to go the Preakness.

“I have the luxury of being close to home for a change,” he said. “I just want to see the horse train for a couple of days and figure there is no reason to make that decision before I see that.  It’s only fair to the horse at this point.”

So far, Trombetta likes how the son of Hat Trick looks at Fair Hill.

“Today was his first day back on the track for a light jog. It was fine. Everything seems fine,” he said. “I just want to observe and make sure that I am completely happy before I go in that direction and make that commitment. It was a hard trip and it was a bit of tough circumstances with the race.”

Trombetta joked that it took two days to dry clean the colt after the Derby, which was contested on a sloppy, sealed track, but said that Win Win Win did not have a scratch on him.

“He’s good, which we’re all grateful for,” Trombetta said. “To get out of those conditions in good order is important.”

Win Win Win qualified for the Kentucky Derby field after finishing third in the Tampa Bay Derby (G2) and second in the Blue Grass (G2) at Keeneland. Win Win Win launched his career last fall with a pair of victories before finishing second behind Alwaysmining in the Dec. 29 Heft Stakes at Laurel.

Trombetta has saddled one Preakness runner, Sweetnorthernsaint, who was second behind Bernardini in 2006.