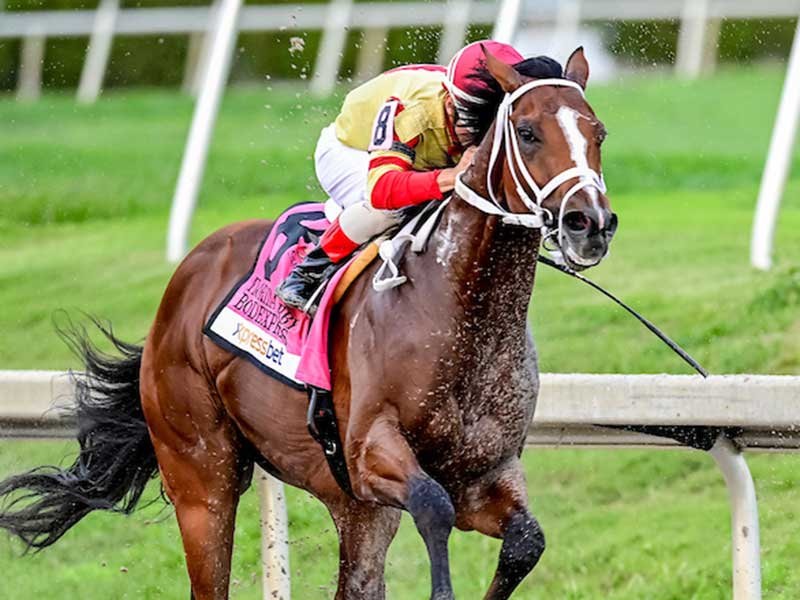 BALTIMORE, MD - Florida Derby (G1) runner-up Bodexpress, who finished 14th and was placed 13th in the Kentucky Derby, returned to the track at Churchill Downs Wednesday morning. Gustavo Delgado Jr., assistant and son of trainer Gustavo Delgado, looked on as the son of Bodemeister jogged two miles in the company of a pony.

Top Racing LLC, Global Thoroughbred and GDS Racing Stable’s Bodexpress stalked the pace Saturday while racing three-wide before being steadied in traffic approaching the turn into the homestretch after front-running Maximum Security drifted out suddenly.

“He was one of the affected ones,” Delgado Jr. said. “We think he could have hit the board if it wasn’t for that, the way he was developing. The most important thing is that the horse came back in good shape and is doing well.”

The final Preakness decision is “day by day.”

“I’ve got to wait for Pops to get here to see his horse,” Delgado Jr. said. “He’ll make the decision. But the owners would like to run.”

Bodexpress is winless in six career starts but has finished second three times, including his Florida Derby effort in which he chased front-running winner Maximum Security throughout the 1 1/8-mile Triple Crown prep.