Warrior's Charge to be Supplemented to 2019 Preakness Stakes 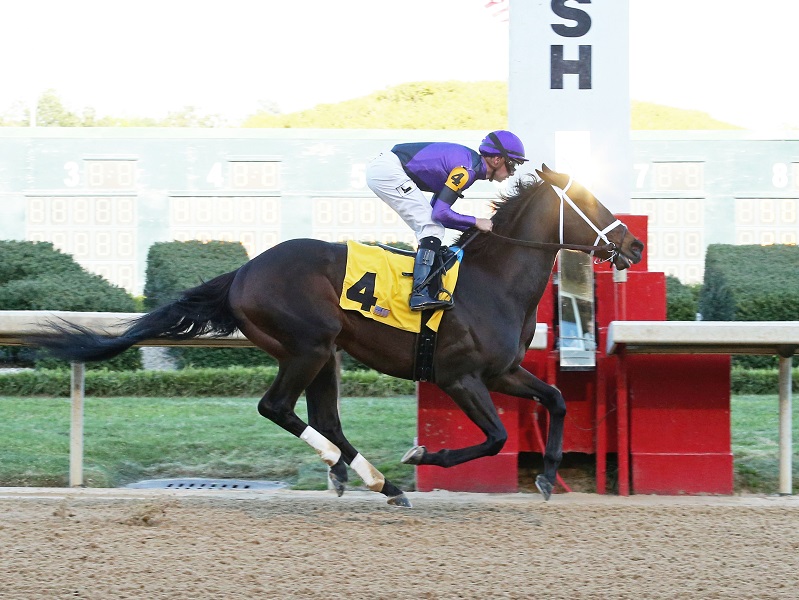 The cost of making a horse who wasn’t nominated to the Triple Crown eligible to run in the Preakness Stakes is $150,000.

“The owners got together and thought with some of the [Derby] horses not going back in the Preakness – I don’t want to use the word short field but not a full field yet – they’re definitely going to entertain it,” Cox said. “But we’re pointing to it, and as of right now, we would enter in the race.”

Warrior’s Charge started his career with a trio of thirds before stretching out to 1 1/16 miles at Oaklawn Park. The son of Munnings promptly won a maiden race by six lengths in front-running fashion and came right back with an allowance victory by 6 1/2 lengths at the same distance.

“We thought a lot of him last fall,” Cox said. “Honestly, I kind of wondered how far he wanted to go. He’s a really strong horse – big, strong hips on him. He’s not a big, tall, gangly horse. (But) he has speed and he can carry it around two turns. He showed that his last two starts.

“Three back, his first start around two turns [at a mile], he broke just a touch slow and just really didn’t get involved quick enough in the race. He’s done nothing wrong since,” he added. “The timing is good. I believe it will be five weeks and a day between the races. He had a fantastic work last week at Churchill [1:00 1/5 for five furlongs].”

“Look, if there was a Justify out there, we probably wouldn’t be having this conversation or thinking about it,” he said. “We wouldn’t try to tackle a horse like that. But I think it’s just one of those years that you maybe take a chance here.”

Cox, whose stable during the past few years has emerged as one of the strongest in North America, has never before run a horse in a Triple Crown race. Now, he is set to saddle two in the Preakness, with Keeneland’s Lexington (G3) winner Owendale already confirmed.

“These horses didn’t accomplish enough early on in their 3-year-old year to make it to the Derby,” he said. “It would have been great to have been in the Derby with either one of them, but it wasn’t to be. This opportunity presented itself. We’re not running back in two weeks, which I think is a plus. That doesn’t mean that a horse who ran in the Derby won’t win the race, but I think things are setting up well.”

As long as Warrior’s Charge continues to train well, the plan is the 1 3/16-mile Preakness, Cox said, adding one caveat.

“If something developed over the next week that made us feel like we had no shot, I guess we’d look at the Sir Barton [on the Preakness undercard],” he said. “But right now it’s the Preakness.”