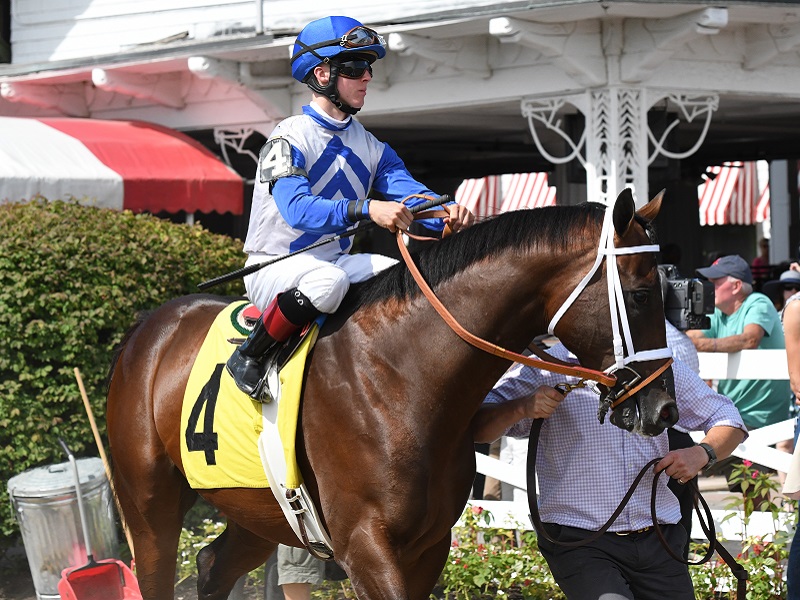 Market King, most recently 11th in the Blue Grass (G2) on April 6 at Keeneland, is the 12th confirmed starter prospect for the Preakness. If all start it will be the largest field since a full field of 14 went to the post in 2011.

Lukas recommended to the owners that they consider the Preakness after he posted two sharp five-furlong works in the past week. The son of Into Mischief, purchased by Baker and Mack for $550,000 as a yearling, breezed in 1:00.20, the second-fastest of 27 at the distance at Churchill Downs, on May 7 and came back four days later with a 1:00.40 clocking, third-fastest of 31, on Saturday.

Market King broke his maiden on Feb. 9 at Oaklawn in his first race being sent around two turns. He was a close third in the Rebel (G2), beaten by one length, in an optional claimer allowance on Feb. 24. He finished third behind Omaha Beach, the morning-line favorite for the Kentucky Derby (G1) before being scratched from the race, and Game Winner.

Lukas, 83, has saddled a record 43 horses in the Preakness and has won the Middle Jewel of the Triple Crown six times. In last year’s cloud-shrouded Preakness, the Lukas-trained Bravazo came within a half-length of upsetting eventual Triple Crown champion Justify while finishing second. The Hall of Fame trainer’s first Preakness starter, Codex, won in 1980. He was followed by Tank’s Prospect (1985), Tabasco Cat (1994), Timber Country (1995), Charismatic (1999) and Oxbow (2013).