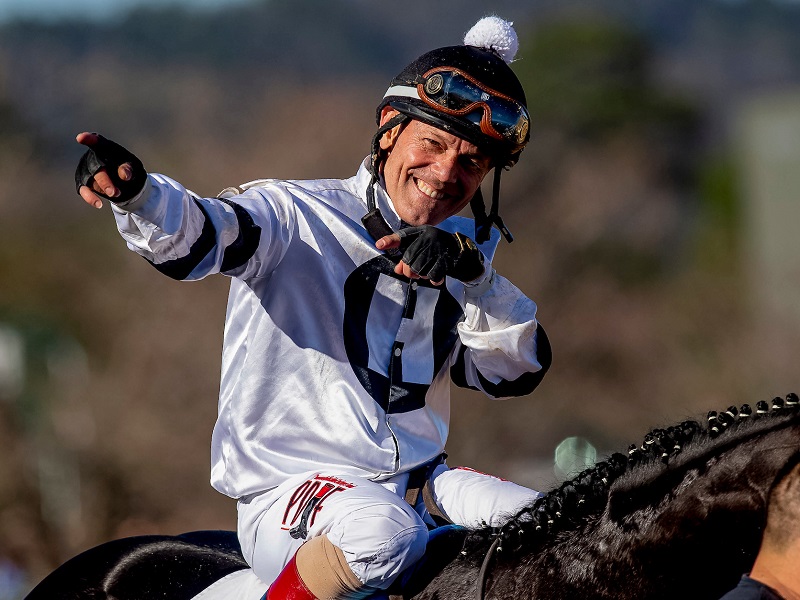 Market King will be ridden by Jon Court, who at 58, became the oldest jockey to ever compete in the Kentucky Derby (G1) May 4 when he rode Long Range Toddy (16th) in the first leg of the Triple Crown.

Court began riding in 1980. His mounts have won 4,149 races and more than $106 million in purses in North America. In 2004-2008, he left his Midwest base to ride with success in California before returning to Kentucky.

The Kentucky Derby Museum confirmed that Court was the oldest jockey ever to participate in the Derby.

“I loved it. I was having fun with it,” Court said. “Regardless of the stigma of being old, I don’t feel old. I still feel as young as at least early 30s, early 40s. There are a lot of things I do that especially these young jocks can’t do. We go out there and try to perform the best we can with what we’ve got and give the public what they want for racing.”

Court’s first Triple Crown race appearance actually came in the Preakness, when he was ninth in 2001 on Percy Hope at the tender age of 40. His first of what is now four Derby appearances came in 2011 with Archarcharch, who was injured in the race and wound up 15th.