Alwaysmining has Kelly Rubley on the Brink of History 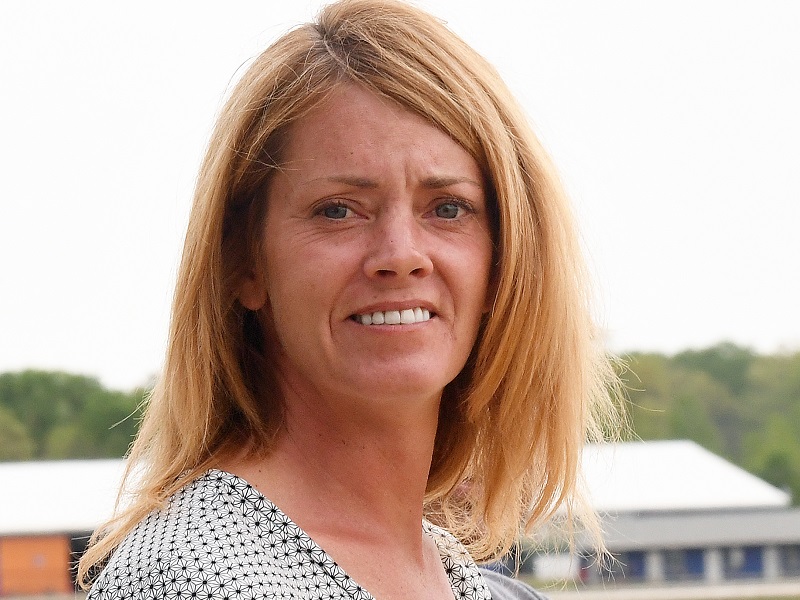 BALTIMORE – When the 2000s began, Kelly Rubley seemed destined for a life of academia. But, even as she climbed the ladder from middle school science teacher to administrator, the horses kept calling.

Before the decade was over, Rubley answered the call. She left behind the security of a career in education for the unpredictability of Thoroughbred racing, and hasn’t looked back.

“You can try to get horses out of your life, but you just can’t do it,” Rubley said. “Once you start, they’re always there.”

In just her fifth full year as a trainer, Rubley has the chance to make racing history and become the first female trainer to win the Preakness Stakes (G1) when she saddles Runnymede Racing’s multiple-stakes winner Alwaysmining for a start in Saturday’s Middle Jewel of the Triple Crown at Pimlico Race Course.

Already, Rubley is in elite company. To be run for the 144th time Saturday, the Preakness has previously featured only 15 female trainers, and none since Kid Cruz ran eighth for New York-based Linda Rice in 2014.

Nancy Alberts had the best finish for a female trainer when 45-1 long shot Magic Weisner ran second by less than a length to Kentucky Derby (G1) winner War Emblem in 2002. Like Magic Weisner, Alwaysmining has the chance to be the first Maryland-bred to win the Preakness since Deputed Testamony in 1983, and just the ninth overall.

“That’s an exciting aspect. It certainly will be a great accomplishment for women in the industry if we’re very successful here. Sure, it plays a role,” Rubley said. “I think the biggest struggle is when we’re first starting out, it’s tough to earn a little bit of respect as a woman in the business.

“But, I feel like most people have been very fair and offered me an equal opportunity as most men. Certainly there’s always a few, but honestly there’s nothing we can do about it so we just move forward,” she added. “I think women are becoming more accepted in the industry at this point. It’s a male-dominated sport, for sure.”

Runnymede’s Greg and Caroline Bentley are huge fans of Rubley. After purchasing Alwaysmining privately following his maiden victory last summer, they ran the horse once with trainer Eddie Graham – who trained their 2014 Arlington Million (G1) winner Hardest Core – before joining forces with Rubley.

The results have been spectacular. After Alwaysmining finished off the board in his first start for Rubley in the Laurel Futurity on grass, the 3-year-old Stay Thirsty gelding has reeled off six straight wins, five of them in stakes, capped by an 11 ½-length romp in the Federico Tesio April 20 at Laurel Park, earning him an automatic berth in the Preakness.

“What a wonderful story there is around Kelly and her operation and her people here. An entrepreneur, advanced degrees, and certainly a student of what she does. We don’t know everything, we continue to learn more, and that’s been the case,” Greg Bentley said.

“I think a factor also for a trainer is, we’re observing this and learning it ourselves, is to be of good empathy with the horses, which is obviously the case, but also with the people who are here in this operation,” he added. “That’s what, in business, bringing it all together requires – getting people and horses to do the right thing, and Kelly has excelled at that.”

Caroline Bentley feels Rubley’s background plays a large part in her success. A native of the small central New York town of Pulaski, N.Y., not far from the eastern shore of Lake Ontario, Rubley graduated from the State University of New York at Oswego with bachelor’s degrees in biology and chemistry, later earning Master’s degrees in secondary education and administration.

Following graduation, Rubley found work teaching eighth-grade physical science and biology near her hometown for seven years before making the switch to administrator, a position she held for another three until the urge to follow her dream became too strong to resist.

Rubley took a job fox hunting on a farm in Unionville, Pa. before finding her way to Fair Hill Training Center in Elkton, Md., where she became an exercise rider for Kentucky Derby-winning trainer Barclay Tagg in 2009. Within a year she was Tagg’s assistant, traveling to New York, New Jersey, Delaware and Florida.

She had fallen in love with Fair Hill and was looking for an opportunity to put down roots, and it arrived when Justin Nicholson of Ninety North Racing Stable purchased a barn at the training facility. His primary trainer was Jimmy Toner, who needed someone to look after his Maryland horses.

Enter Rubley. She jumped at the chance and worked for Toner for three years before going out on her own in December 2014. She earned her first career win April 13, 2014 at Pimlico with St. Alban’s Boy while still in Toner’s employ, and last year set personal highs with 38 wins and nearly $1.8 million in purse earnings from 269 starters.

“Since I was able to walk I wanted to ride horses, so horses have always been an aspect of my life,” Rubley said. “We were limited [in New York] and I started out on the quarter horse circuit, actually, which led to hunter-jumpers. Then I had an event horse later on and started finding this area. I was shipping down here every weekend to compete and when I decided to make a change, this is the area I decided to locate to.”

Rubley handles a string of about 40 horses now, including multiple Grade 1 winner Divisidero, who gave the trainer her lone graded-stakes victory in the 2018 Arlington Handicap (G3). Her experience with him, as well as her former mentors, prepared Rubley for when Alwaysmining came along.

“When I was an assistant we had some nice horses, when I was with Barclay and Jimmy Toner. It’s a horse and you treat him the same,” she said. “But we got lucky with this one.”

Alwaysmining kicked off his win streak with a front-running 10-length romp over a sloppy and sealed main track last October at Laurel, giving his connections the first real confirmation of what they had on their hands.

“He’s very easy-going. He takes everything in stride. Sadly, I cannot take any credit for that,” Rubley said. “When he ran in the allowance race that was maybe the turning point for us to say, ‘Wow, this is a really nice horse.’ We always thought a great deal of him and then he put in such a beautiful effort and continued to progress from there. And here we are.”

Soft-spoken and even-keeled, Rubley has not allowed herself to think about what it would be like to be the first female trainer to win the Preakness, or add a Triple Crown race victory to her resume. Like her horse, she’s taking everything as it comes.

“Of course, we’re excited. But, we’re not there yet. We’ll talk on Saturday,” she said. “We’re hoping. We’re hoping.”