War of Will to Skip Scheduled Breeze, Train Into Belmont Stakes 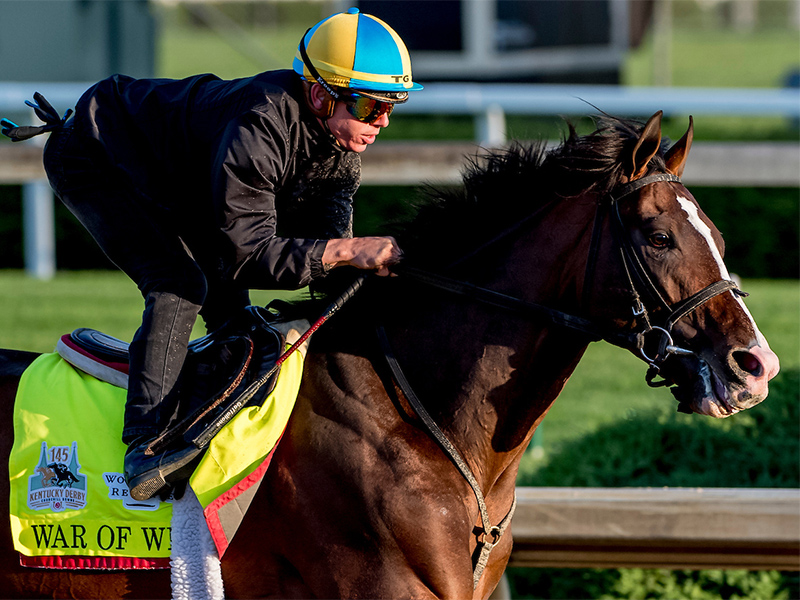 ELMONT, N.Y. -Trainer Mark Casse has War of Will where he wants him, and he wants the son of War Front to stay that way.

After initially planning to breeze the Grade 1 Preakness Stakes winner this week in preparation for the Belmont Stakes, Casse said Tuesday that he will instead have the bay colt gallop into the 1 ½-miles classic.

"He's not going to breeze. We kind of feel like he's in a very happy place and relaxed right now and we want him to be that way going 1 ½ miles so I don't really see any reason to," Casse said. "We know his Preakness was good and I didn't breeze him into that. We are going to do it our way. So he is not going to breeze."

War of Will has been stabled at Keeneland under the watch of assistant trainer David Carroll since arriving from Baltimore following his 1 ¼-length victory over Everfast in the middle leg of the Triple Crown. Gary Barber's colt is expected to arrive in New York on Monday, June 3 for his Belmont Stakes run, where he is slated to be the only horse this year to compete in all three legs of the Triple Crown.

Indeed, fitness has not been an issue for War of Will this season. Beginning with his triumph in the Grade 3 Lecomte Stakes at Fair Grounds on Jan. 19, the colt has made five starts thus far in 2019 and had his mettle tested in the Grade 1 Kentucky Derby when he was impeded at the five-sixteenths by Maximum Security, leading to the latter's disqualification from first.